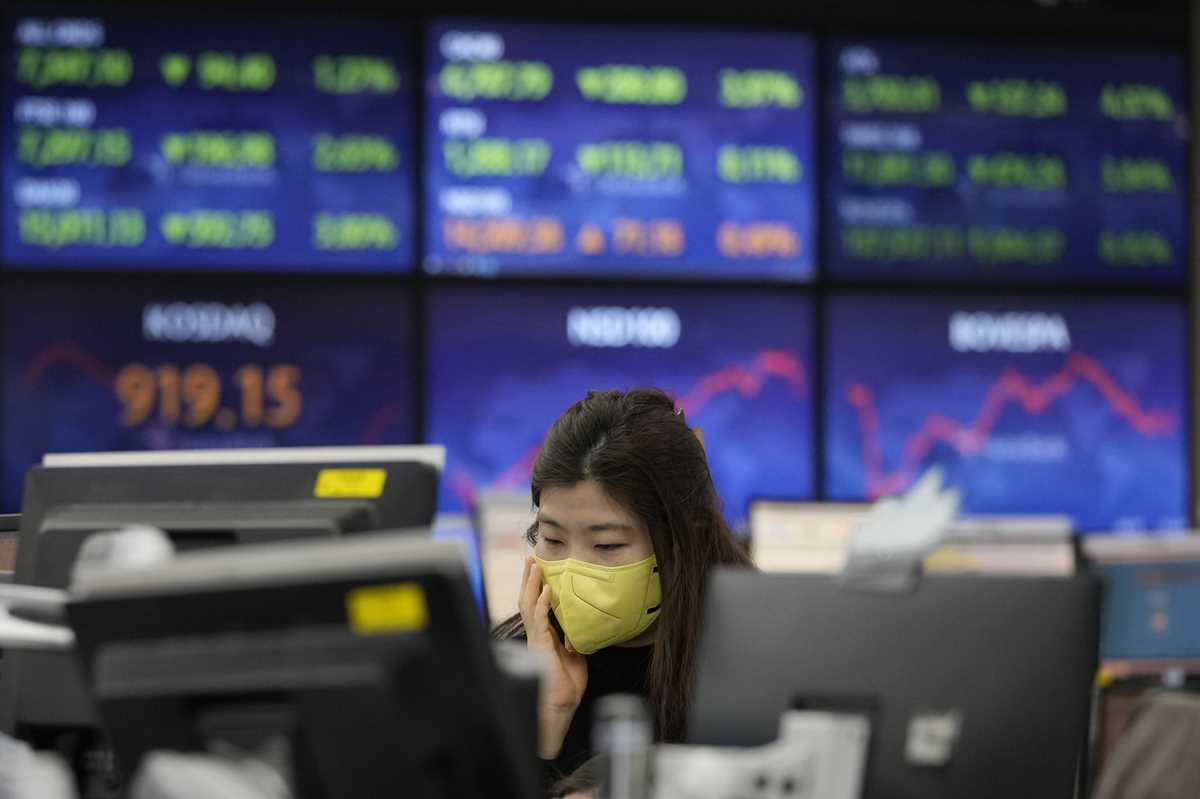 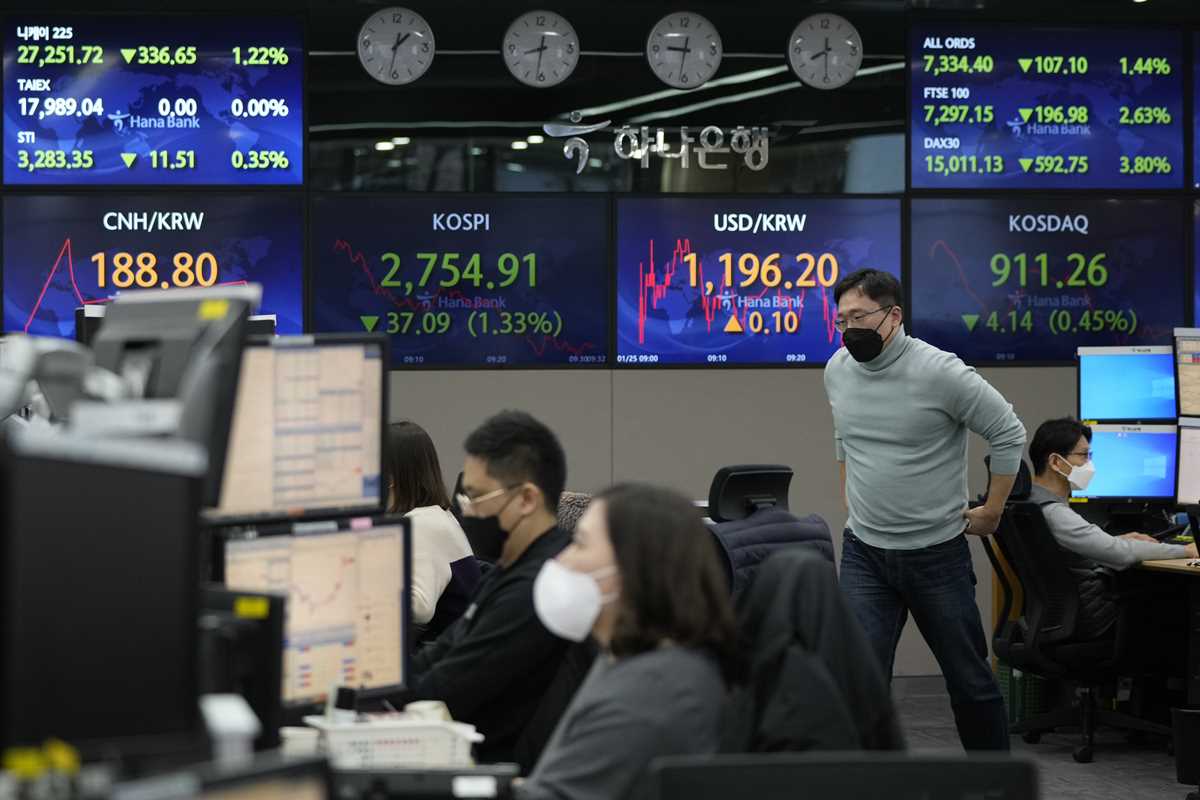 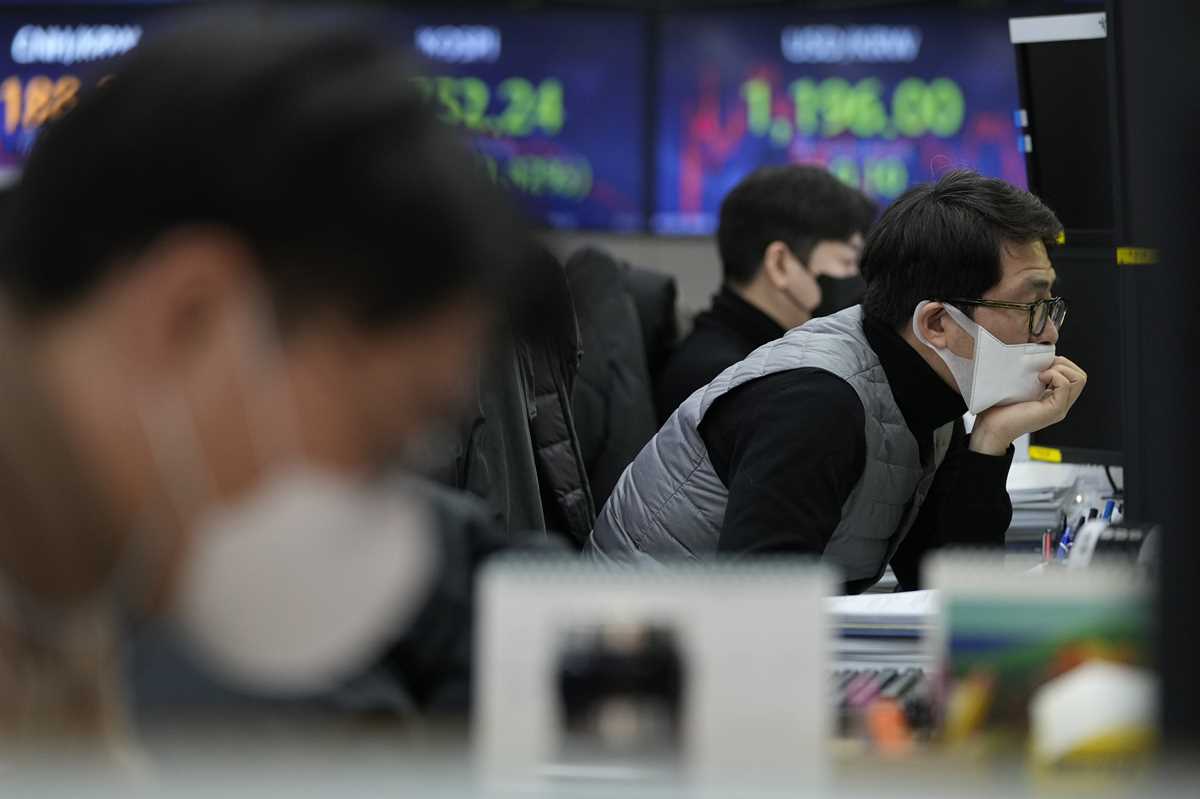 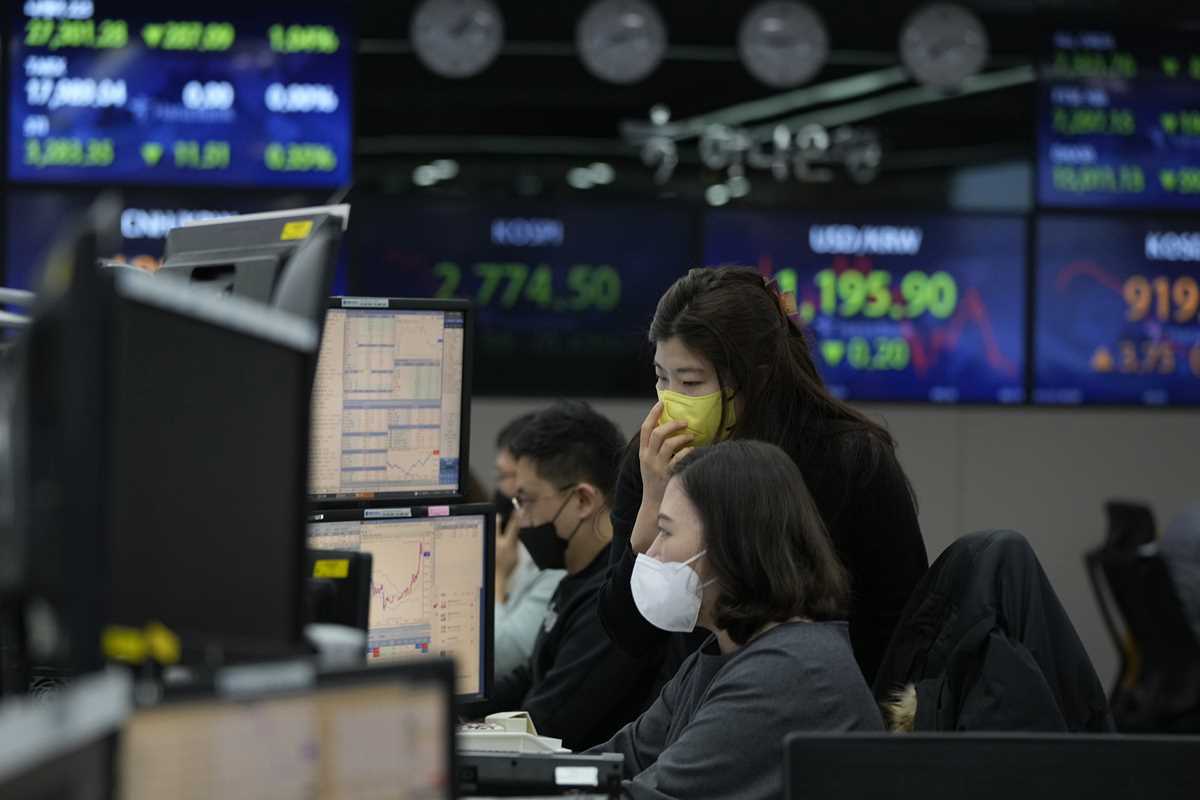 The possibility of conflict between Russia and Ukraine and concern over coronavirus outbreaks also were adding to uncertainties.

On Monday, a late buying spree pushed the benchmark S&P 500 index to a 0.3% gain after pulling it out of so-called correction territory — a drop of 10% or more from its recent high.

The Fed meeting will provide an update on policymakers’ latest thinking on the economy and interest rates.

Some economists worry the Fed is moving too slowly in tamping down inflation by raising rates that have been kept low for nearly two years to support markets and economies slammed by the pandemic.

Others fret that the Fed may act too aggressively and could risk causing a recession without managing to cool inflation.

Meanwhile, tensions have soared between Russia and the West over fears that Moscow is planning to invade Ukraine, with NATO outlining potential troop and ship deployments.

The Pentagon ordered 8,500 troops on higher alert to potentially deploy to Europe as part of a NATO “response force” to a military move on Ukraine. President Joe Biden has consulted with key European leaders, underscoring U.S. solidarity with allies there.

Asian shares declined as Japan made official a government plan to expand areas where pandemic restrictions are being advised to help curb the spread of COVID-19. That will again put a damper on business activity and travel.

Toyota Motor Corp. shares fell nearly 2% after Japan’s top automaker said further adjustments to its production in Japan were needed because of a shortfall in computer chips from disruptions related to COVID-19 restrictions and infections. Toyota has apologized for keeping customers waiting for its products.

Brent crude, the basis for pricing international oil, rose 59 cents to $86.86 a barrel.

Should you invest $1,000 in Toyota Motor right now?

Before you consider Toyota Motor, you’ll want to hear this.

MarketBeat keeps track of Wall Street’s top-rated and best performing research analysts and the stocks they recommend to their clients on a daily basis. MarketBeat has identified the five stocks that top analysts are quietly whispering to their clients to buy now before the broader market catches on… and Toyota Motor wasn’t on the list.

While Toyota Motor currently has a “Buy” rating among analysts, top-rated analysts believe these five stocks are better buys.