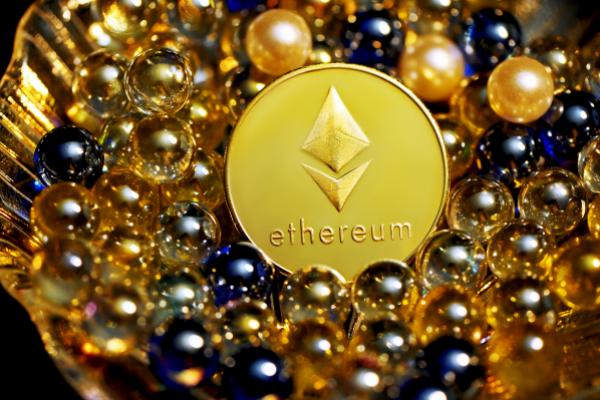 Ethereum’s (CRYPTO: ETH) shift towards a layer 2 centric roadmap in 2021 is one of the most significant decisions for Ethereum’s network since its inception.

Building a decentralized, secure and scalable blockchain is a paradox within the confines of modern technology. The first group to solve this paradox will more than likely be able to attract the vast majority of global value and volume. No pressure.

An arms race for control of such a powerful technology has been quietly underway for years. Under the noise of the claims cryptocurrencies were only good for “money laundering” and “black markets,” a few “shadowy super coders” and the venture capitalists were building out a decentralized value layer for the digital era to transaction upon.

Here’s why the race might end in 2022, before most even realized it was happening.

Solana, Avalanche and the Binance Smart Chain attracted a ton of liquidity in 2021. Primarily because these layer 1 ecosystems use proof of stake (PoS) consensus mechanisms out of the box. This strategy allows for some pretty insane scale — at the cost of decentralization. Ethereum struggled to scale in 2021, and network congestion caused transaction fees to surge.

High network fees priced out many users, who fled to the aforementioned alternative layer 1 ecosystems instead. The Ethereum 2.0 upgrade failed to come out in 2021, and urgency is setting in. Some key changes have been made to the rollout; here’s everything you need to know.

The Ethereum 2.0 upgrade will transition the network to a new, proof of stake (PoS) consensus mechanism. This will make Ethereum over 99.9% more environmentally friendly and alleviate the sell pressure from miners looking to upgrade their costly hardware infrastructure.

While many incorrectly deem PoS as the next generation of smart contract blockchains post-Ethereum, proof of stake consensus was actually a part of the original Ethereum whitepaper from 2015.

Without a large distributed network of validators, however, proof of stake comes with an inherent decrease in security compared to proof of work (PoW) algorithms. PoW algorithms adjust their difficulty based on the total hashpower securing the network — so the problem always takes roughly the same amount of time to solve.

This problem has become apparent thanks to Solana, which has gone offline multiple times this year alone. For reference, Ethereum has never paused once since it was created. Some marginal amount of downtime should be acceptable for Instagram or Twitter, but not for the internet itself — and certainly not for the blockchain that acts as a global value layer for the internet.

Now that Ethereum has a large, decentralized network of validators, the transition to proof of stake will actually increase network security, according to the roadmap.

Another key aspect of the original Eth2 roadmap was the addition of 64 new blockchains that run in parallel with the mainnet. All these new “shard chains” would add a ton of additional space for dramatically increased throughput.

The shard chains have fallen out of favor this year, as the arms race for scalability has been accelerated by the entrance of venture capitalists looking to cash in on the blockchain revolution. Whales such as a16z, 3 Arrows Capital and Sam Bankman-Fried’s Alameda Research are bankrolling Ethereum alternatives that opted for a more centralized, high throughput, PoS-out-the-gate smart contract blockchains.

Instead of dedicating resources to building the shard chains, the Ethereum Foundation has made the decision to prioritize the transition to proof of stake. Such a large consensus update is difficult to pull off, especially with billions or trillions of dollars on the line. Likely, the Ethereum community would not approve any upgrade not designed and tested by the core Ethereum development team.

This isn’t the case when it comes to increasing throughput. There are already plenty of teams working on scaling Ethereum. And now they’re getting more help from the Foundation.

The Foundation has provided grants to some of the biggest Ethereum layer 2 (L2) projects to help the blockchain scale. Polygon, Optimism, Arbitrum, zkSync and other L2 projects have already made significant headway, and it makes sense to let them handle throughput while the core development team works on proof of stake.

All eyes are on the layer 2 ecosystem going into 2022. But, not all L2s are the same nor are they all capable of solving the blockchain trilemma paradox.

Rollups handle the computational load on their blockchain then post a batch of ledger updates to the Ethereum mainnet. This means those transactions could theoretically inherit the full security and decentralization of the base layer in the future.

Conversely, sidechains do not update mainnet balances and use their own consensus mechanisms. This tradeoff is made for applications where scalability is more important than security. Polygon is the most widely used sidechain today; however, most sidechains are likely to be replaced by roll ups as soon as possible. Polygon is well aware of this — rolling out a handful of new rollup technologies in the coming years. One of which might even be the solution to our dreadful paradox.

The most promising innovation realized by the blockchain community in the past few years is the zero knowledge proof. Often shortened to ZK, this strategy appears to be capable of scaling Ethereum in 2022.

Large blocks are a shortcut to building a high-throughput blockchain, but as time goes on the size of the blockchain grows out of control. Sooner or later, the people who are supposed to be validating the blockchain would need to have their own data centers to store a full node. This is why there is an inherent tradeoff between throughput and decentralization.

ZK proofs reduce the amount of data needed to verify each transaction’s correctness, allowing for vastly more throughput in each block.

By simply examining the proof, anyone can verify the correctness of each transaction. With the simple and relatively cheap addition of proper incentive structures for actors who verify ZKproofs, a system has the potential to harness the security of the Ethereum mainnet.

The currently deployed ZK blockchains are still too inefficient to solve the trilemma, but not by much.

Whoever is first to deploy a sufficient ZK rollup strategy to the masses will have an impossibly big first mover advantage that will only grow exponentially as each day passes. The importance of such a breakthrough in ZK technology cannot be overstated — it will most likely be the determining factor in which blockchain ecosystem the market chooses to become the global settlement layer of the internet.

Disclaimer: The author is long ETH, SOL, MATIC and other assets not mentioned in the report.