For plant-based investors, the latter half of 2021 was a bearish period for a number of listed equities. Attributed to over-hype and an increasingly crowded field, the broader plant-based sector is down some 65% from historic highs in Qs 2/3 ‘21. One of the players included in the Pure-Play Plant-Based Food Stocks is Else Nutrition (TSX: BABY) (OTC: BABYF), which just announced a major catalyst that could prove transformational for it in 2022 (the other four tickets are GURU VGFC TTCF and LSF). 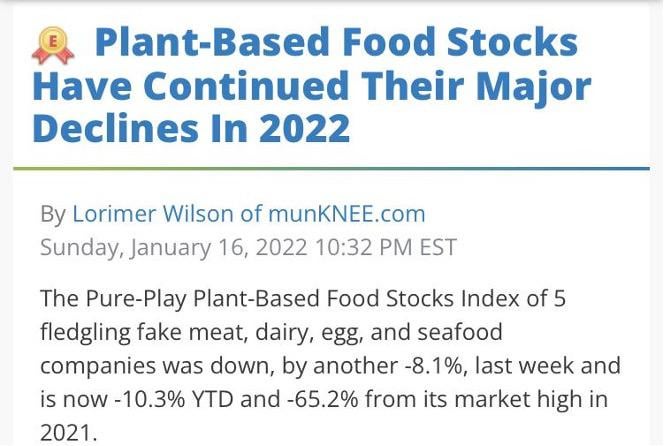 So, what’s the news? This week Else Nutrition announced that they are graduating from the TSXV to the regular TSX exchange. For non-Canadian investors out there, the difference can be defined as the transition from the JV to varsity leagues that happens once a company has proven its viability, regulatory compliance, and fiscal benchmarks as defined by the TSX. Like the rest of the sector, BABY’s market cap witnessed a double-digit depreciation in value since its ATH. That said, Else is making power moves in ‘22 that suggest a rejuvenation and a potential fresh start. In recent weeks they’ve released a slew of bullish PR, including the announcement of new products/points of sale for the American market, in addition to establishing a manufacturing facility in Oregon to prepare for upscaling amidst aggressive commercialization. Combine these underlying value-boosters with the TSX transition, and it looks like Else is taking decisive action to the right their course.

Now onto the benefits of listing on TSX rather than TSXV. Here I’m going to quote directly to avoid confusion; benefits of graduating from the venture exchange include: 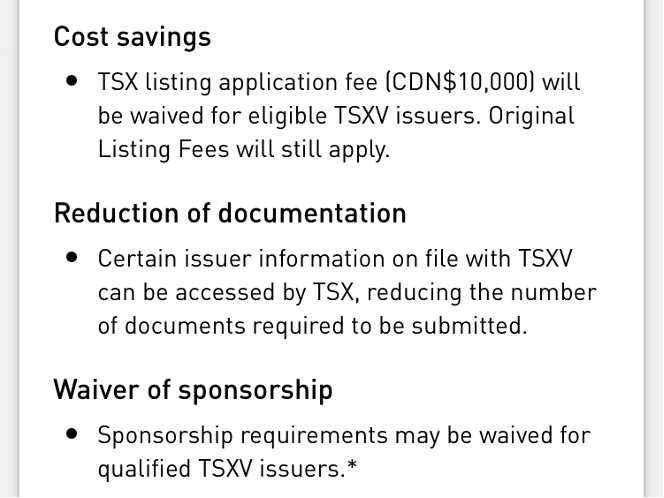 But I’ll wait, there’s more good news. Here’s what happens once a TSX listing is in the bag: 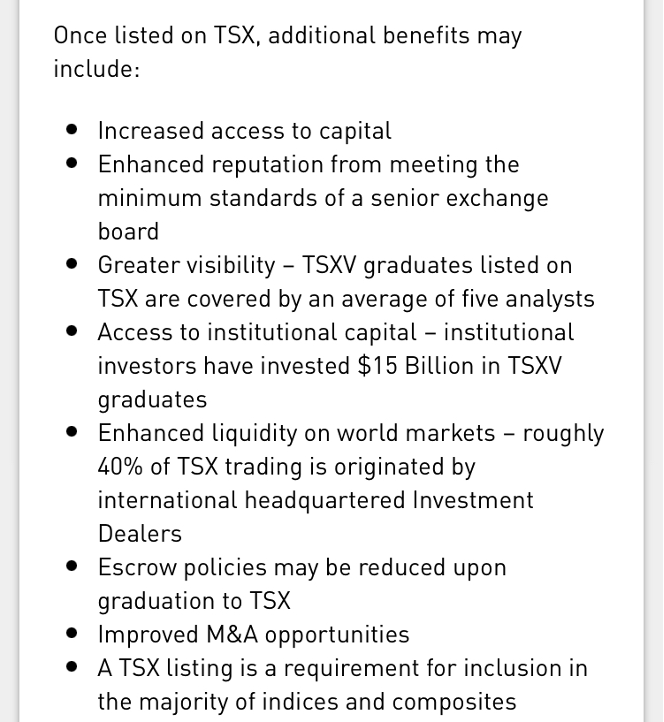 In my eyes, a few items on this long list stand out. The first and most important is restoring investor confidence. Moving from the junior to senior exchange is a strong indication that a company has proven itself viable and has long-term growth potential rather than giving off start-up vibes with an uncertain business model, revenue stream, and future. I hope that the institutional actors fueling the plant-based sellout will reconsider their strategies vis-vis Else from a speculative to a growth outlook after weighing the TSX listing. The same goes for retail investors who have qualms with staking positions in the TSXV’s more junior roster.

The second key point from this list is greater access to capital that will enable more ambitious corporate moves but also streamline opportunities for M&A moving forward. As mentioned above, the plant-based sector is overcrowded. Consolidation is an inevitability, and BABY is positioning itself as a leader rather than a follower in this regard. Greater liquidity and access to financing/financiers can make this a reality for Else this year and onwards.

In sum, the TSX uplisting is the perfect catalyst this company needs to turn a fresh page. So far, 2022 has been a red one across the board. That said, Else is chugging along with strong financials/earnings, a clear and aggressive commercialization strategy in a hyper-growth sector, and now it can tout a listing on Canada’s premier exchange, the TSX. I’m not expecting immediate green results (especially when NASDAQ and the S&P are bleeding hard), but Else is a solid play in the plant based sector that is proving it’s serious about making an enduring impact on both plant-hungry consumers and capital markets. Disclaimer: DYOR, I’m just another HODLER and not your financial advisor.