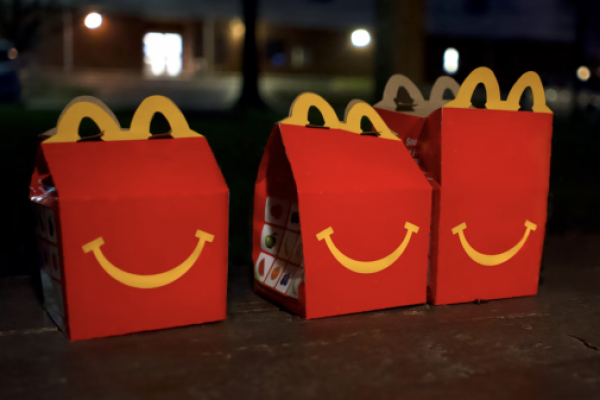 The fast food chain responded, in wit, that it would comply with the request if Tesla similarly began accepting a made-up coin called “Grimace Coin.”

Little did McDonald’s know that it wouldn’t be a made-up cryptocurrency for long. Yes, there’s already over a dozen Grimace coins out in the wild world of cryptocurrencies.

See Also: Will Bitcoin Go Back Up?

One project seeing widespread action right now is Grimace Coin (CRYPTO: $GRIM),  based on the Ethereum blockchain, which already has a website and a Twitter account up.

We are up 56,000% since launch. Just wait till Elon sees us! pic.twitter.com/gRVI1ErJ8l

Among those who acknowledged the new cryptocurrencies cropping up were Dogecoin co-founder Billy Markus and Twitter parody account Greg, who is especially popular with the meme-coin community.

they didn’t, but there’s over 15 of them right now and i am being messaged by reporters asking about them, so it’ll be covered by the media

knowing this would happen is what lead to my disappointment