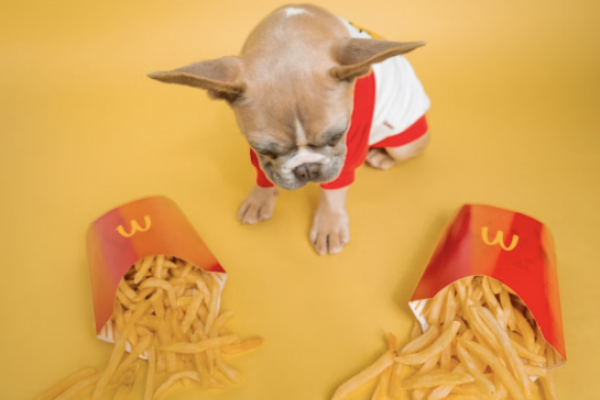 Why It’s Moving? McDonald’s laid out a condition for it accepting DOGE on Tuesday. The restaurant chain said if Tesla Inc (NASDAQ:TSLA) accepts “grimace coin” — a makebelieve coin depicting its mascot Grimace, it would accept DOGE.

Altcoins, as well as Bitcoin, were relatively stable on Tuesday compared with equity markets which declined ahead of a Wednesday press conference by Federal Reserve Chair Jerome Powell.

DOGE is sitting just under a critical level on its chart with bullish traders looking for it to cross the $0.15 mark, according to Benzinga’s Tyler Bundy.

Dogecoin Chatter: McDonald’s humorous stance was taken after Musk tweeted that he would eat a happy meal on TV if the latter accepted DOGE. Restaurant Brands International Inc (NYSE:QSR) unit Burger King one-upped the rival with a tweet of its own.

only a king knows what da coin do

Burger King’s stance won it some affection on r/Dogecoin — a Reddit forum that discusses the meme coin.

Reddit user crazycarl36 said “Burger King it is (again).” while another user Firm_Business_8378 said, “For real going to quit eating Mc Donald’s over this. Probably the healthiest decision I’ve made in my life. Buger (sic) King it is.”

Dogecoin-centric Twitter handle Mishaboar reminded his followers of how low DOGE transaction fee would mean that if they paid for 10 items at a fast-food chain for one year with the meme cryptocurrency they would only be paying $2-3 in fee per year.

And shall we remind everyone that #Dogecoin fees are so low that if you were to buy 10 items per day for 1 year with Doge you would be paying only 2-3 USD dollars in fees in one year, at current prices? https://t.co/aK4Qz03gzj