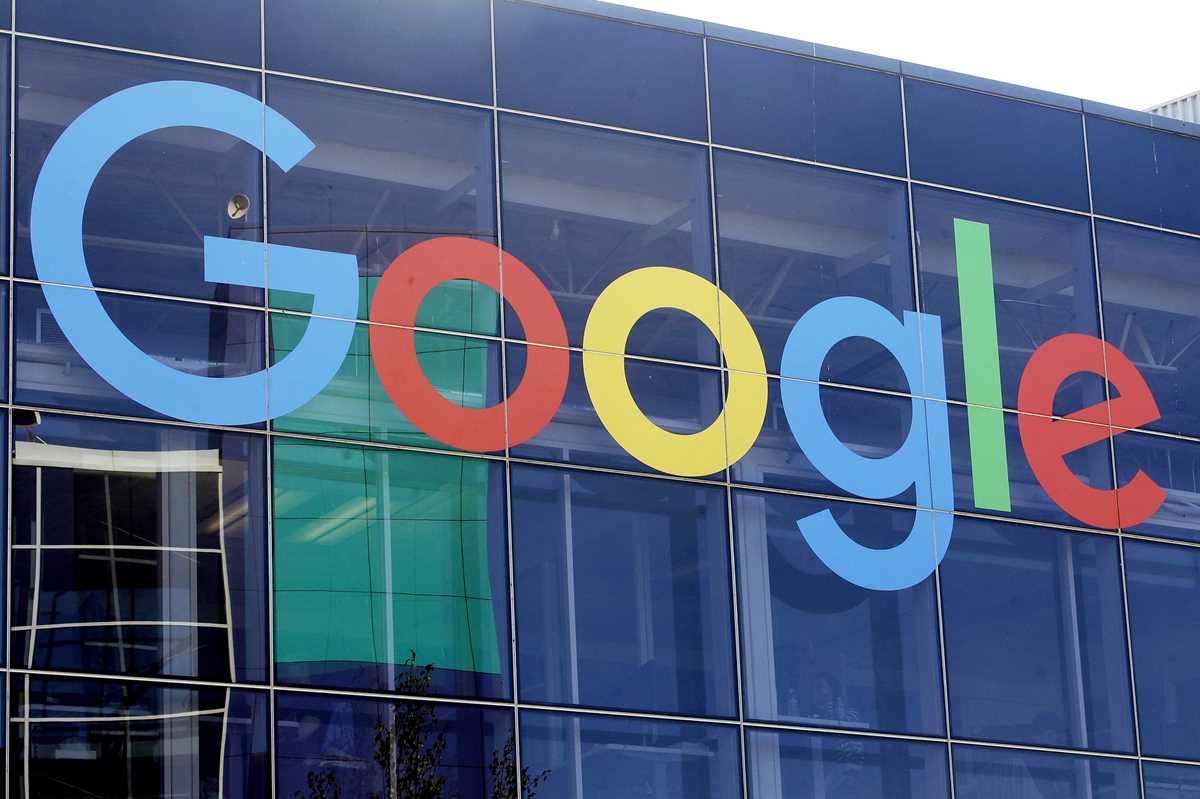 A sign is shown on a Google building at their campus in Mountain View, Calif., on Sept. 24, 2019. In lawsuit filed Monday, Jan. 24, 2022 in a Washington court, the District of Columbia and three states are suing Google for allegedly deceiving consumers and invading their privacy by making it nearly impossible for them to stop their location from being tracked. (AP Photo/Jeff Chiu, File)

WASHINGTON (AP) — The District of Columbia and three states are suing Google for allegedly deceiving consumers and invading their privacy by making it nearly impossible for them to stop their location from being tracked.

In the lawsuit filed Monday in a District of Columbia court, D.C. Attorney General Karl Racine alleges Google has “systematically” deceived consumers about how their locations are tracked and used. He also says the internet search giant has misled users into believing they can control the information the company collects about them.

“In reality, consumers who use Google products cannot prevent Google from collecting, storing and profiting from their location,” the lawsuit says. Google has “an unprecedented ability to monitor consumers’ daily lives.”

Google makes it impossible for users to opt out of having their sensitive and valuable location data tracked, the suit alleges.

The attorneys general of Texas, Indiana and Washington state filed similar lawsuits in their state courts on Monday.

“Google’s business model relies on constant surveillance of its users,” Racine’s office said in a news release. The D.C. suit asserts that Google has “a powerful financial incentive to obscure the details” of its location-data collection and to make it difficult for consumers to opt out. It says location data is a key part of its digital advertising business that generated $150 billion in revenue for Google’s parent company, Alphabet Inc., in 2020.

The company, based in Mountain View, California, is disputing the claims.

“The attorneys general are bringing a case based on inaccurate claims and outdated assertions about our settings,” Google spokesperson Jose Castaneda said in a statement. “We have always built privacy features into our products and provided robust controls for location data.”

The company will defend itself and “set the record straight,” Castaneda said.

Google says that in recent years it has made several improvements to make location data easy to manage and understand, and has minimized the amount of data stored.

The lawsuits are the latest in a raft of legal salvos against the tech giant, whose search engine accounts for an estimated 90% of web searches worldwide.

In December 2020, 10 states led by Texas filed a federal suit against Google accusing it of “anticompetitive conduct” in the online advertising industry, including a deal to manipulate sales with rival Facebook.

In October 2020, the U.S. Justice Department joined by 11 states filed a landmark antitrust suit against Google for allegedly abusing its dominance in online search and advertising. The suit asked the court to order structural changes “as needed” for Google, opening the door to possible fundamental changes such as a spinoff of its Chrome browser.

European regulators in recent years have imposed multibillion-dollar fines on Google over competition issues, in an effort to curb its clout on the continent. Google, one of the world’s most profitable companies, helped Alphabet ring up $18.9 billion in revenue in last year’s July-September quarter.

Bipartisan legislation advanced last week by a Senate panel would bar the dominant online platforms — Google, Meta (formerly Facebook), Amazon and Apple — from favoring their own goods and services over those of competitors. It could, for example, bring restrictions for Google’s search engine, which routinely places its services at the top of search results.

The new lawsuits mirror one brought by Arizona in May 2020, similarly accusing Google of deceiving consumers about protections for their personal data. A year ago, an Arizona judge rejected the state’s request for summary judgment, ruling that the state didn’t have sufficient evidence and saying the case should go before a jury. The judge said that the state relied heavily on internal Google communications, none of which state definitively that consumers were misled.

Documents unsealed in the Arizona case in August 2020 revealed that Google’s own engineers were troubled by the way the company secretly tracked the movements of users who didn’t want to be followed.

Racine’s office said it began its investigation following publication of an Associated Press investigation in August 2018 showing that Google records users’ movements even when they explicitly tell it not to, through the “Location History” setting. Computer-science researchers at Princeton University confirmed the findings at the AP’s request.

Inside Google, a self-titled “Oh S—“ meeting was convened the day the AP story was published to come up with responses, the new D.C. filing says. Afterwards, Google updated its Help Page to remove the misleading point, “With Location History off, the places you go are no longer stored,” the suit says.

Should you invest $1,000 in Alphabet right now?

Before you consider Alphabet, you’ll want to hear this.

MarketBeat keeps track of Wall Street’s top-rated and best performing research analysts and the stocks they recommend to their clients on a daily basis. MarketBeat has identified the five stocks that top analysts are quietly whispering to their clients to buy now before the broader market catches on… and Alphabet wasn’t on the list.

While Alphabet currently has a “Buy” rating among analysts, top-rated analysts believe these five stocks are better buys.