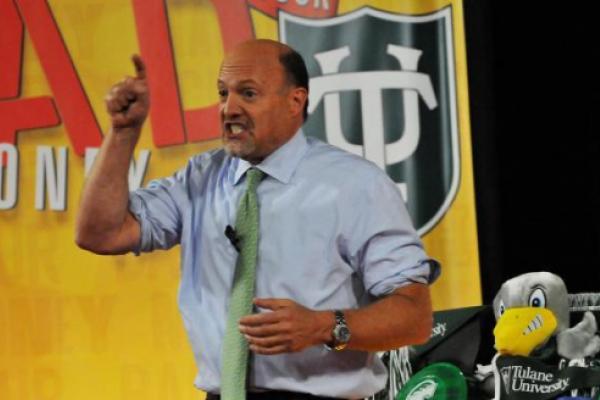 On CNBC’s “Mad Money Lightning Round,” Jim Cramer said he doesn’t want to own Teladoc Health, Inc. (NYSE:TDOC) due to increased competition in that business.

Cramer said Qualtrics International Inc. (NASDAQ:XM) had a “major upside surprise. It’s doing incredibly well, but the valuation is such that people don’t want to own it until they start making money.”

Cramer said Oppenheimer Holdings Inc. (NYSE:OPY) is a “cheap stock, and it has not participated yet in the financial rally. I think it should.”

He said APA Corporation’s (NASDAQ:APA) CEO John Christmann is doing a good job. Despite having a bit of a rough time, Cramer believes Apache “actually works.”

Cramer said although The Mosaic Company (NYSE:MOS) is an up-and-down stock, but he likes it.

When asked about Icahn Enterprises L.P. (NASDAQ:IEP), Cramer said, “See, the problem is I don’t know what’s in that company…If there was total transparency I could recommend it, but I just can’t.”

He said, “E-commerce for the insurance industry, there are so many that want to do that. I don’t want to be there anymore,” when asked about Ebix, Inc. (NASDAQ:EBIX).