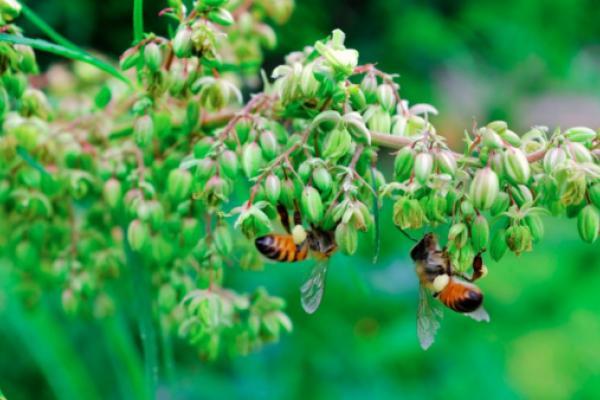 The story is well known: foreign mining companies arrive in third world countries; they promise jobs and progress; they take (all) the minerals back to their countries; and, when they exhaust the resources they move away leaving the environment contaminated and workers unemployed and sick.

The tragedy repeated itself more than a decade ago in Yumbo, a Colombian municipality with a coal mine located in the department of Valle del Cauca.

In order to create jobs and prevent the disappearance of the town, a group of neighbors and environmental activists founded Comunidad Tribal in 2017.

“Many people had forgotten how to work in the fields. Now they are returning to work in their plots and that is part of the motivation: that they return to the countryside and find economic prosperity, which can be achieved if we do it right,” Liliana Gutiérrez Gaviria, director of the project, explained to El Planteo.

Comunidad Tribal defines itself as an organization that works for community business development through the production of medicinal cannabis and industrial hemp.

The project operates on a 12-hectare farm on a scree stream that was reactivated after coal miners diverted it, stopping the water flow.

Back To The Land

Along with Liliana, four other people work in the administrative area: Patricia Tamayo, manager; Luis Augusto in genetics; Dr. Orlando José and Saúl in community leadership.

The driving force behind the project consists of more than 40 producers who cultivate the land and produce coffee, mango and oranges with a sustainable agroecological model, in addition to cannabis and hemp.

What exactly is community-based business development?

It is a rural-based enterprise of young people and women. There are many ideas that the people who work with us have. But they require support to move forward. So that’s what we do: we take small opportunities that are being developed here and together we make them big, for the greatest impact.

Another aspect of the Tribal Community project is promoting the cultivation of fruits and vegetables so that people can produce their own food. This was a concrete opportunity during the pandemic.

“We were able to raise awareness among many people in the territory about the need to return to agriculture, to have our own food, being part of the whole ecosystem: protecting the water, the watersheds we have in the territory, avoiding deforestation and replanting trees,” says Liliana Gutiérrez Gaviria.

Medicine From The Land

The regulatory framework for the cultivation of cannabis for medicinal purposes started in Colombia in 2017. The hemp plant is framed within the non-psychoactive cultivation licenses.

Around 2017, Liliana and her group met a community that was working with medicinal cannabis in an artisanal way with good results for the people who were using it. Thus, they began conducting research to assemble the project.

“We have very good seeds that comply with international standards and with the law as well, with -0.3% THC,” clarified the director of Comunidad Tribal.

After a modification was introduced in the legislation, in 2021, Colombia started exporting dried flowers, something that was demanded from the licensees.

“We have a wonderful possibility of development with this plant, but we need fewer obstacles to production,” says Liliana Gutiérrez Gaviria.

“We are not commercializing yet, we are still in the research phase and we are cultivating the varieties we have registered to be able to work,” says Gutiérrez Gaviria.

The Women of Cauca

According to the latest census of Colombia’s National Administrative Department of Statistics (DANE), around 23% of the country’s total population lives in rural areas, 51% of which are women.

Based on this scenario, the project “Los Oficios y Los Saberes de las Mujeres Campesinas del Valle del Cauca” (The trades and knowledge of rural women in Valle del Cauca) was developed, based on a call for proposals from the WWB Foundation.

Their associative capacity has led them to consolidate around 100 groups in the department, which has allowed them to empower themselves individually and collectively, reflecting their contribution to community development in the territories.

“The leadership of women in this region is very important, from the governor Clara Luz Roldán González, to the people in charge of cannabis and hemp, we are all women,” says the director.

On the other hand, she believes that having so many women involved “has allowed them to advance rapidly because they are aware of the possibility of economic development from the cannabis plant for us.”

Liliana trusts both the women of Cauca and the youth to recover this land that was mistreated by the mining companies and find a new opportunity in cannabis and hemp.

“When the majority of women and young people know that cannabis and hemp are plants that need a lot of love, water, sun, organic fertilizers like the ones we work with on the farm, we will have found the path we want to follow,” concludes Liliana.