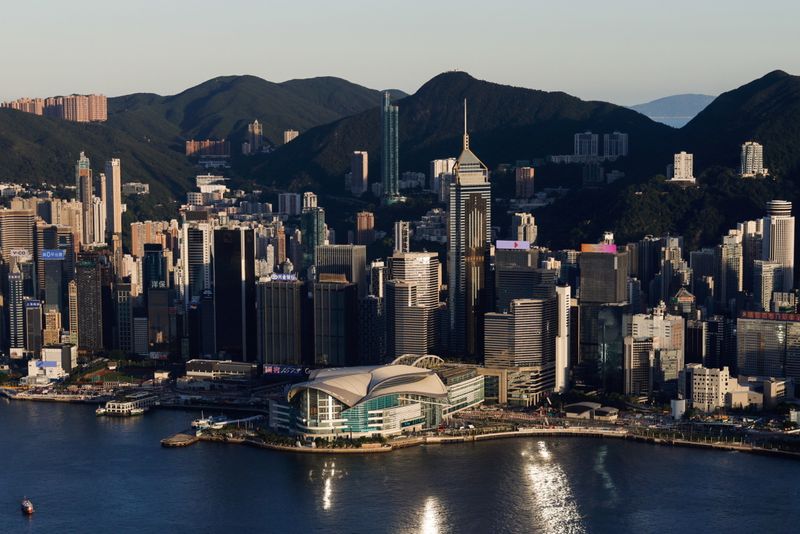 HONG KONG (Reuters) – Hong Kong’s buzzing IPO pipeline is likely to taper off in the second half of 2021, as Chinese firms temper their expectations for valuations amid a drastic regulatory crackdown in the mainland, dealmakers said.

Investors, on tenterhooks as China’s assault on fast-growing private firms has led to an uncertain environment, are also expected to be selective of which deals to buy into, they added.

“Education is definitely on hold until the regulations are clearer and if you look at the deals that are coming … we will see valuations across the board perhaps not as high as they were before,” an equity capital markets banker in Hong Kong said.

“It might not be sector related but driven more by market sentiment towards Chinese companies,” the banker from a leading Chinese investment bank said, declining to be identified as he was not authorised to speak to the media.

The downbeat outlook marks a reversal in prospects for Hong Kong, which analysts had expected would see more fundraisings from Chinese companies after Beijing this month stepped up scrutiny of overseas listings by its companies.

Public floats by Chinese companies account for most of the IPOs in Hong Kong, the third most popular listing venue globally and a major driver of revenue and fee income for the world’s biggest investment banks.

More than $18 billion was raised in Hong Kong via IPOs in the first half of 2021, Refinitiv data shows, versus $4.6 billion a year earlier when the COVID-19 pandemic hit the city.

A record $30.2 billion was raised in IPOs and secondary listings in the second half of 2020, according to Refinitiv data, a level unlikely to be matched this year with the Chinese regulatory changes underway, dealmakers said.

‘MOST DEALS ARE ON HOLD’

The largest deal in the pipeline for the second half in Hong Kong is a potential $7-billion secondary listing by China Tourism Group Duty Free Corp Ltd.

Some capital market participants are not giving up hopes of a continued bull run just yet, with Jason Elder, a partner at law firm Mayer Brown in Hong Kong, saying: “It’s still positive and constructive and we’ve not seen our pipeline disrupted.”

However, many analysts and bankers believe investors will stay away while waiting for the fallout from China’s regulatory changes to take hold.

On overseas listings by domestic firms, China recently said that firms with data of more than 1 million users will need to first carry out a security review.

Investors and bankers are now trying to find clues on which sector may be targeted next, with some pointing towards any which has made entrepreneurs super rich fast and others which have lax labour laws.

“Most deals are on hold until the market stabilizes,” said a banker at a European institution on condition of anonymity.