Alibaba Group Holdings, Ltd (NYSE:BABA) and Baidu, Inc (NASDAQ:BIDU) were trading opposite to the general markets on Wednesday, rising over 5% and 1% at one point, respectively, while the SPDR S&P 500 continued to consolidate sideways by printing an inside bar on the daily chart.

China-based stocks have been in turmoil due to Chinese regulatory crackdowns and poor Sino-American relations.

On Wednesday, the stocks were reacting bullishly to the formation, although Alibaba confirmed the pattern by breaking up from it while Baidu attempted to react to the bull flag but dropped back down into it.

Baidu may need a longer period of consolidation before the bull flag is recognized.

The bull flag patterns may mark the bottom for Alibaba and Baidu and a bullish 2022 may be in the cards if the stocks can continue in their uptrends.

It should be noted that events such the general markets turning bearish, negative reactions to earnings prints and negative news headlines about a stock can quickly invalidate bullish patterns and breakouts. As the saying goes, the trend is your friend until it isn’t, and any trader in a bullish position should have a clear stop set in place and manage their risk versus reward.

In The News: On Tuesday, a 13F filing was released showing the Charlie Munger-run Daily Journal doubled its stake in Alibaba during the fourth quarter from the 302,060 shares it held at the end of the third quarter to 602,060 shares.

News of the hedge fund buying Alibaba, which indicates a bullish sentiment change in China-based stocks, likely spilled over into Baidu, as retail traders and investors sometimes follow “smart money.”

The Chinese government also began relaxing its stance and vowed to focus on consumption recovery and reduce some income tax rates, which may help to ease the downward pressure on China-based companies.

The Alibaba Chart: Alibaba made a clear break up from the bull flag on Wednesday on higher-than-average volume, which indicates the pattern was recognized. 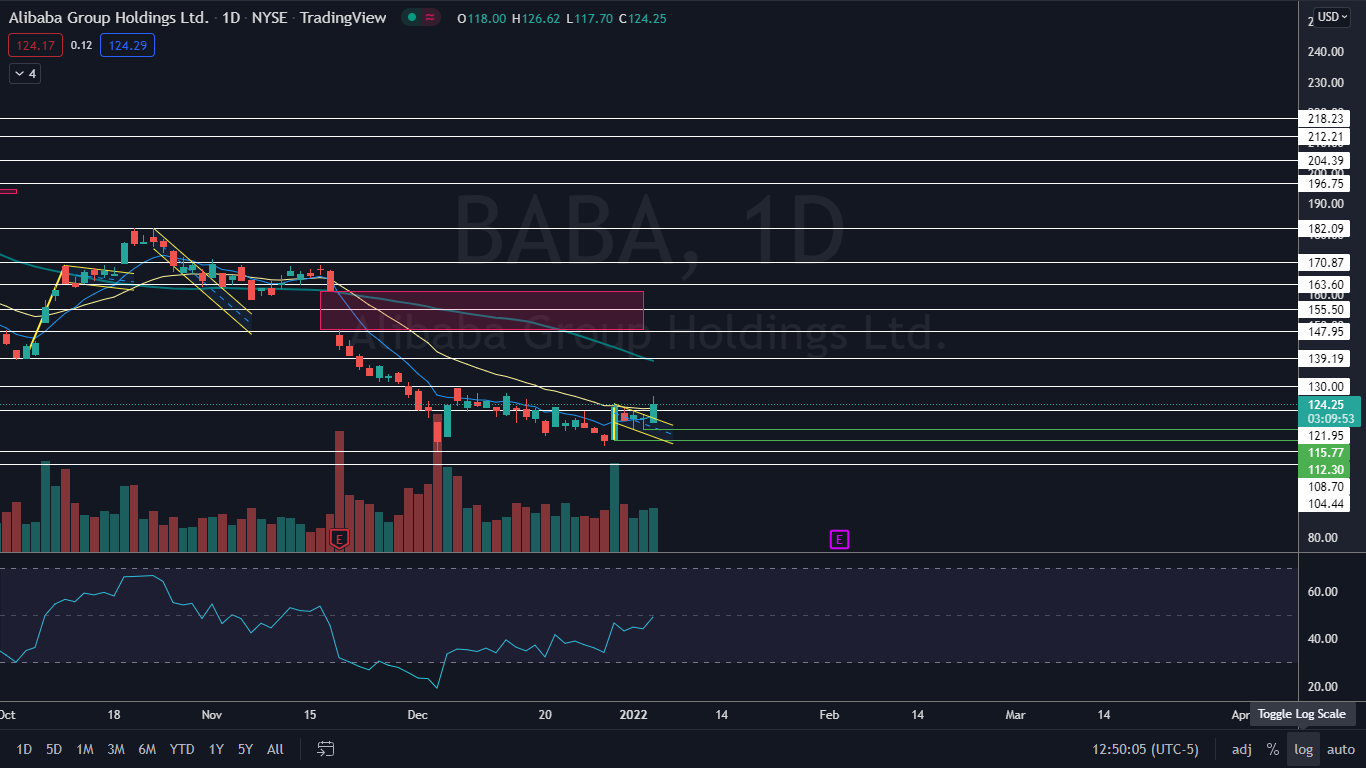 The Baidu Chart: On Wednesday, Baidu was attempting to break up from its daily bull flag pattern but struggling due to a lack of volume. 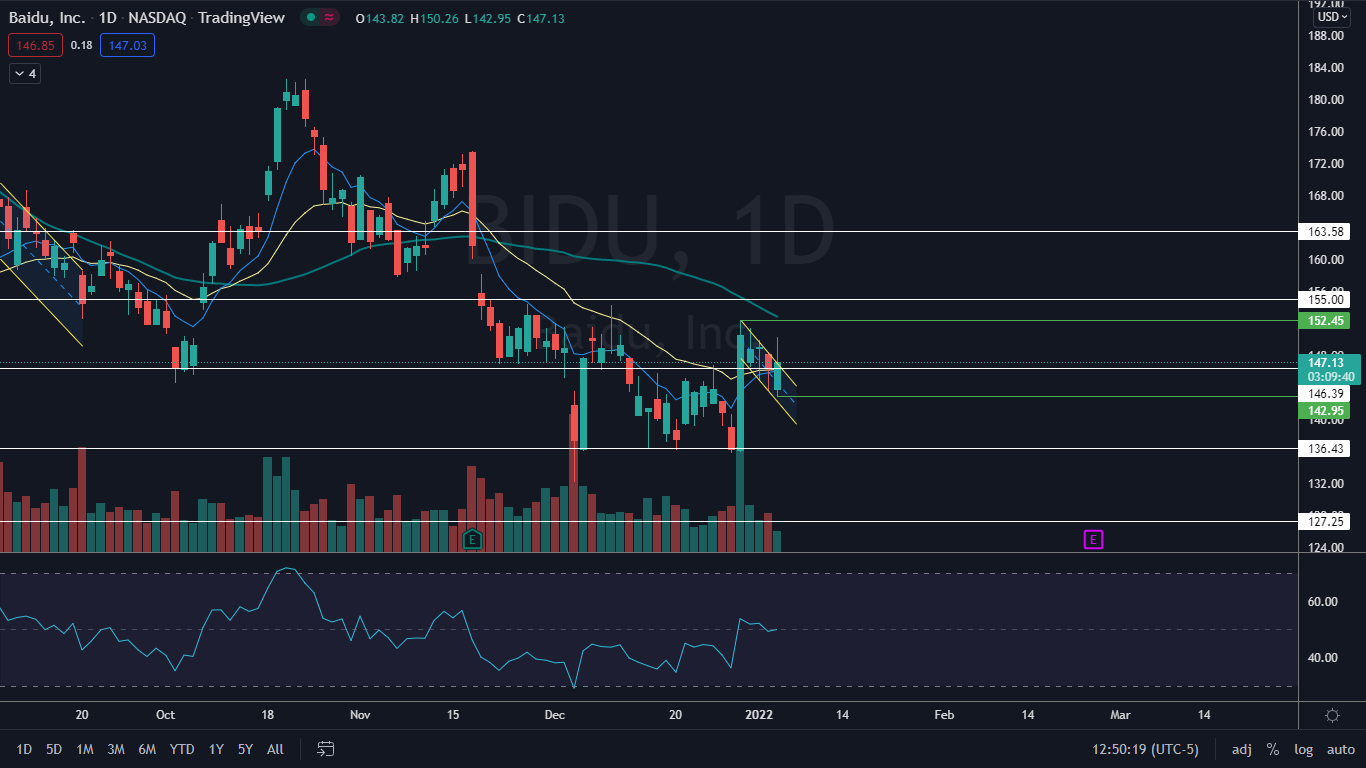