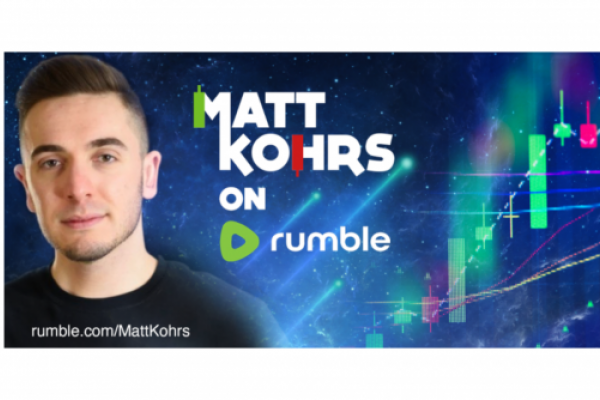 Video platform Rumble shared several company updates Wednesday, including new user metrics and the addition of a well-known investor to the platform.

What Happened: Rumble, which is merging with CF Acquisition Corp VI (NASDAQ: CFVI) in a SPAC deal, announced it has added Matt Kohrs to the platform. Kohrs, who is well-known for coverage of popular stocks AMC Entertainment Holdings Inc (NYSE: AMC) and GameStop Corp. (NYSE: GME) will add exclusive content and audience engagement on Rumble.

Kohrs is the third-largest creator by Super Chat revenue on YouTube, a video platform owned by Alphabet Inc (NASDAQ: GOOG)(NASDAQ: GOOGL), according to data from Playboard.

Kohrs will end his Patreon subscriber offering and move to using Locals from Rumble for subscriber-only content.

Video content will be exclusive for one hour on Rumble prior to being added to other platforms such as YouTube.

Kohrs will also read paid comments from Rumble Rants and end his reading of YouTube Super Chats and donations made on Twitch, a video platform owned by Amazon.com, Inc. (NASDAQ: AMZN).

“Adding Matt Kohrs brings one of the most prominent and significant creators in the finance world to Rumble and Locals,” Rumble CEO Chris Pavlovski said.

The company announced that its Dan Bongino channel reached two million subscribers, becoming the largest channel on the platform in less than 18 months. Bongino has more than twice the number of subscribers on Rumble as he does on YouTube according to the release.

“We haven’t seen anything like it (Rumble) on other content platforms. The subs, the views and the hours-watched on Rumble speak for themselves. Rumble IS the future,” Bongino said.

Rumble said that its users consumed more video bandwidth on Tuesday, Jan. 4, 2022, than any other day in company history.

The exit on platforms such as YouTube and Twitter by some well-followed names could continue to boost the user count and active time spent on Rumble going forward.