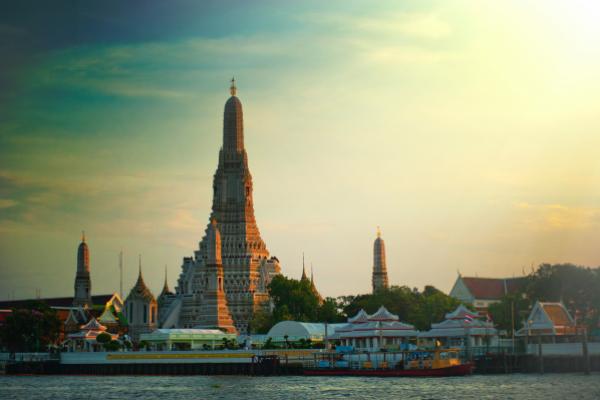 What is a “cannabis sandbox,” you ask? It’s not what you think, but then, who’s ever thought of it?

Thailand, where medical cannabis is well down the road toward legalization, came up with the idea of an entry scheme to attract marijuana enthusiasts from all over the world.

While one comment in Thailand’s local press called the move a “copy of the Amsterdam coffeeshop concept,” it’s not quite that either.

The government’s plan foresees visitors to come the cannabis sandboxes to consume weed with extremely low amounts of THC. Though judging from another comment in the local press, the government isn’t going to attract many tourists with “weak weed products.”

At the moment, cannabis with traces of more than 0.2% THC is still illegal in Thailand.

Nevertheless, the Thai Food and Drug Administration is plugging the idea of permitting travelers to roam freely in approved districts or provinces consuming “happy brownies.”

The government intends to hold a public hearing before the happy brownies and sandbox scheme goes into effect.

Paisarn Dunkum, secretary general of Thailand’s FDA, said his ministry is continuing to work on medical cannabis research as well as the Cannabis Act, which is expected to allow people over 20 years of age to use cannabis for recreational purposes in specific areas — a Sandbox scheme for locals.

Dunkum pointed out that people under 20 as well as pregnant and/or lactating women will not be allowed in the sandboxes. And, travelers who fall ill while visiting will have access to cannabis products in their treatment.

Welcome To The Sandbox

Audacious CEO Terry Booth said the new partnership positions the company for the anticipated launch of the cannabis market in Thailand.

“The market in Thailand is anticipated to take off in the coming year, while other countries in the region are considering various degrees of legalization as well,” Booth said.

“Through the distribution channels that GTH and their parent company bring, we anticipate being able to rapidly expand in this very promising market with a broad portfolio of products.”

Photo by Alexandr Podvalny from Pexels.