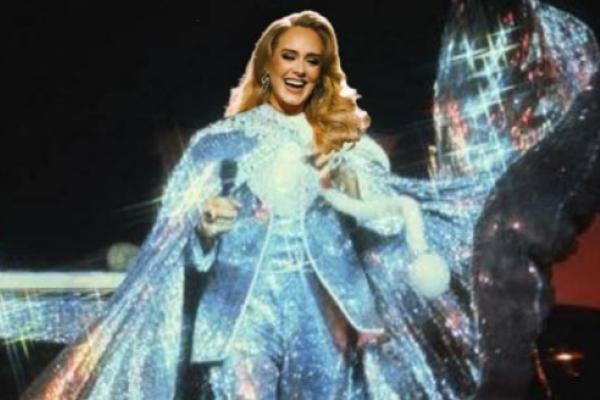 On the night before she was scheduled to launch her Las Vegas residency at the Colosseum at Caesars Palace Hotel — a subsidiary of Caesars Entertainment, Inc. (NASDAQ: CZR) — British music star Adele announced her shows were being postponed due to COVID-19 spreading among her production team.

What Happened: In an online video message, a tearful Adele declared, “I’m so sorry, my show ain’t ready.” The residency, “Weekends With Adele,” was planned as a four-month engagement consisting of two shows each weekend at the 41,000-seat Colosseum.

“We’ve been absolutely destroyed by delivery delays, and half my crew, half my team have come down with COVID,” Adele added. “It’s been impossible to finish the show, and I can’t give you what I can right now.”

“I’m gutted. I’m gutted, I’m sorry it’s so last minute. We’ve been awake for 30 hours trying to figure it out and we’ve run out of time.”

Related Link: Live Nation Insists Safety Will Be Prioritized At When We Were Young Festival

Why It Matters: The Las Vegas residency was designed to connect Adele with audiences, without the need for extensive touring in an environment where COVID-19 has yet to abate. But in announcing the postponement, she apologized to fans who traveled to Las Vegas to see her perform.

“We’re going to reschedule all of the dates,” she added. “We’re on it right now. I’m going to finish my show and get it where it’s supposed to be. I’m so sorry it’s been impossible, we’ve been up against so much but it just ain’t ready. I’m really sorry.”

According to the Las Vegas Review-Journal, Adele’s show had expected to gross between $1.5 million and $2.2 million in ticket sales per performance, with the star taking in $685,000 for each night, a per-show record for a Las Vegas residency.