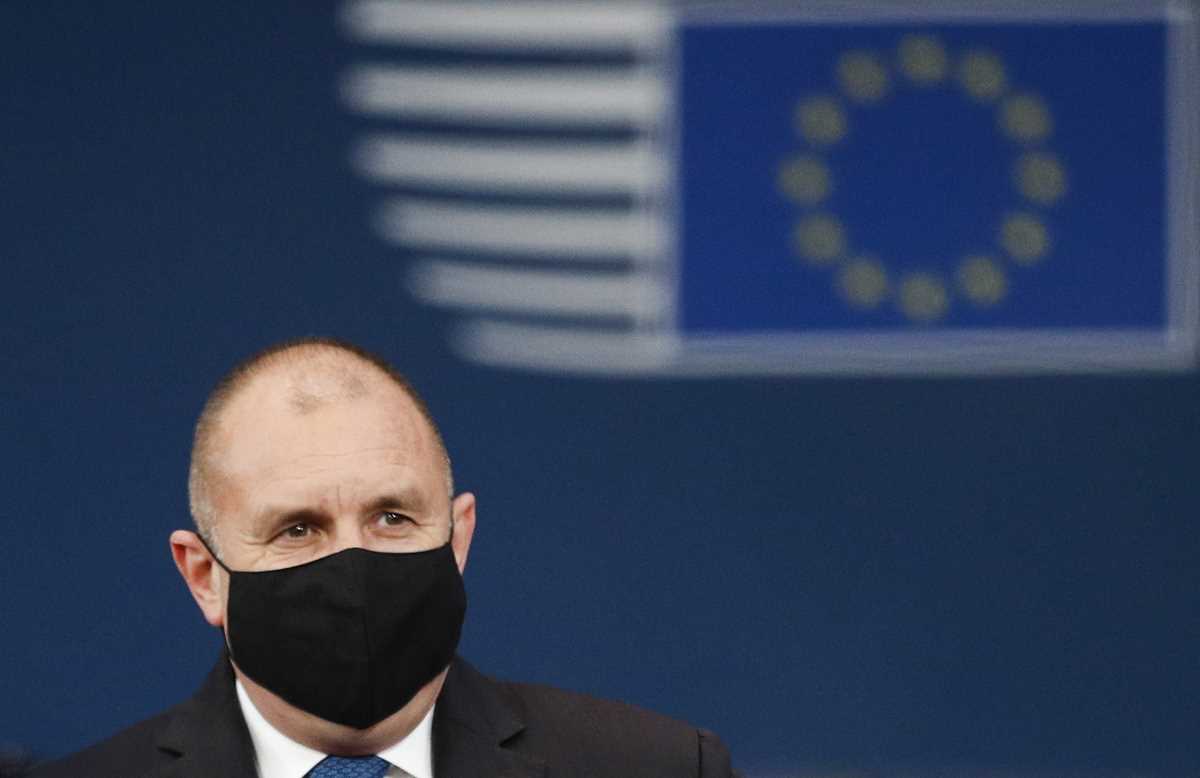 Bulgaria’s President Rumen Radev arrives for an EU Summit at the European Council building in Brussels, Thursday, Dec. 16, 2021. European Union leaders meet for a one-day summit Thursday that will center on Russia’s military threat to neighbouring Ukraine and on ways to deal with the continuing COVID-19 crisis. (Johanna Geron, Pool Photo via AP)

Radev, who is the country’s fifth democratically elected president, was sworn in at a ceremony in parliament together with Vice President Iliana Yotova.

The 58-year-old former chief of the Bulgarian Air Force overwhelmingly defeated his main contender, who was backed by the center-right GERB party, in a November election.

Radev gained popularity as a vocal supporter of the months-long anti-graft protests last year and by appointing caretaker governments that were active in investigating the corruption practices of their predecessors.

He said in his address to parliament that “democracy and the rule of law are the foundations we need to restore” and pledged to work for overcoming a demographic crisis, tackling poverty and inequality, and raising the standard and quality of life. Bulgaria, a Balkan country of 6.5 million people which joined the European Union in 2007, remains the poorest member of the 27-nation bloc.

The lawmakers from the GERB party of ex-Prime Minister Boyko Borissov left the plenary hall during Radev’s speech, provoked by his remarks that during his first term the authoritarian government model had reached its apogee and the civil revolt against the “mafiazation of power” brought to daylight facts that people used to keep silent about.

Radev, a former NATO fighter pilot who once studied at the U.S. Air War College in Alabama, pledged to maintain Bulgaria’s place in the trans-Atlantic alliance and the EU.

Addressing the tensions linked to Russia’s confrontation with Ukraine, he said that the role of the head of state isn’t to exalt concerns and point out an enemy, but “to help resolve crises with the mechanisms of the alliances of which we are members.”

“Such crises have no military solution, they require dialogue and diplomatic efforts to de-escalate,” he said.

Bulgaria’s presidency is primarily ceremonial. Although the head of state has no executive powers and all major policies must be approved by parliament, the popular election gives the post more influence and authority.

The official inauguration of Radev will take place on Saturday.