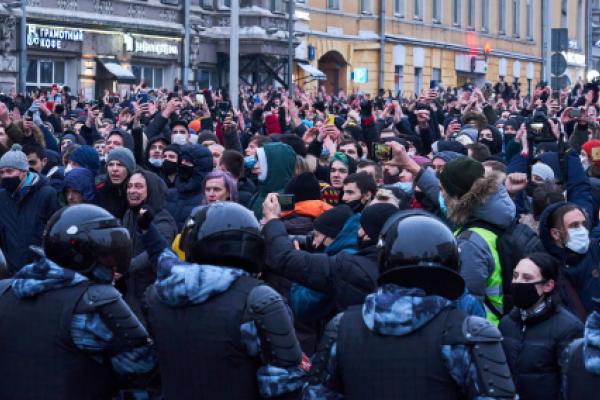 Skyrocketing fuel prices have led to massive protests in Kazakhstan, leading to multiple deaths and hundreds of injuries.

What Happened: Protestors set fire to the presidential residence and mayor’s office in Almaty, the Central Asian nation’s largest city, on Wednesday. The Kazakh Interior Ministry said eight police officers and National Guard members were killed, and almost 100 officers were injured in the rioting. In all, more than 300 people have been injured, although no information has been released on potential civilian casualties, according to the Associated Press.

President Kassym-Jomart Tokayev declared a two-week state of emergency for the whole country. Almaty has imposed an overnight curfew and restricted movement into and around the urban areas.

The protests were sparked by the prices for a type of gasoline called LPG almost doubling. Many Kazakhs have converted their cars to run on LPG, which was far cheaper than regular gas, until the government lifted price caps on LPG on Jan. 1. The Kazakhstan government has been moving away from price controls, as part of a plan to transition to a market economy.

Why It Matters: Kazakhstan makes up about 43% of global uranium production and is the world’s largest uranium producer. The ongoing protests caused the price of uranium sector-specific exchanges to move higher. Since Dec. 30, North Shore Global Uranium Mining ETF (NYSE: URNM) has climbed more than 12% to trade at $79.08 on Wednesday, while Global X Uranium ETF (NYSE: URA) is up almost 10% since the end of last year, closing at $24.75 today.

Kazakhstan is the ninth-largest country in the world, bordering Russia to the north and China to the east. The former Soviet Republic has extensive oil reserves that make it strategically and economically important to the region. Despite the considerable reserves and mineral wealth, many Kazakhs have poor living conditions.

Meanwhile, Russia is calling for “dialogue” in Kazakhstan to quell the demonstrations. “We are closely following events in our neighboring and sister country,” the Russian foreign ministry said in a statement. “We support a peaceful solution to all problems within the legal and constitutional framework and through dialogue, not through street riots and violation of laws,” it added.

Crypto Impacted By Protest: Internet services in the country have been essentially blocked since the protests began, internet monitoring group NetBlocks reported that Kazakhstan was experiencing a major internet disruption.

Confirmed: #Kazakhstan is now in the midst of a nation-scale internet blackout after a day of mobile internet disruptions and partial restrictions.

The incident is likely to severely limit coverage of escalating anti-government protests.

The internet shutdown has impacted the world’s apex cryptocurrency. Kazakhstan is the second-largest country when it comes to the Bitcoin (CRYPTO: BTC) mining hash rate.

The network’s overall hash rate dropped by 13.4% immediately after the shutdown from about 205,000 petahash per second (PH/s) to 177,330 PH/s. Kazakhstan accounts for 18% of the Bitcoin network’s hash activity.

What’s Next: President Tokayev requested that the Collective Security Treaty Organization (CSTO), a military alliance made up of six former Soviet republics, including Russia, help his country put down what he described as a “terrorist threat.”

The CSTO on Wednesday announced its decision to send a peacekeeping contingent to Kazakhstan. In a Facebook post, Nikol Pashinyan, Prime Minister of the Armenian CSTO presidency said, “… the CSTO Collective Security Council, in accordance with Article 4 of the Collective Security Treaty, adopted a decision to send the Collective Peacekeeping Forces of the CSTO to the Republic of Kazakhstan for a limited time period in order to stabilize and normalize the situation in this country.”