Bitcoin (CRYPTO: BTC) traded in the red at press time as the global cryptocurrency market cap fell 0.8% to $2.2 trillion on Tuesday evening.

The three top gainers over 24 hours were Ravencoin (RVN), Internet Computer (ICP), and Velas (VLX), according to CoinMarketCap data.

Why It Matters: Even as the Bitcoin market has largely moved sideways, the U.S. dollar has shown significant strength since the beginning of 2022.

On Tuesday, it rose to a five-year high versus the safe-haven Japanese yen as the focus shifts to monetary tightening by central banks, reported Reuters.

“The main thing here, certainly Omicron is very unpredictable but the market’s take so far is that it doesn’t look like it is going to deal a significant blow to the recovery so that just increases the spotlight on central banks and how they are likely to push interest rates higher,” said Joe Manimbo, a senior market analyst at Western Union Business Solutions, according to Reuters.

There are indications that a tighter Federal Reserve policy and Bitcoin may not produce a happy outcome for the apex coin. 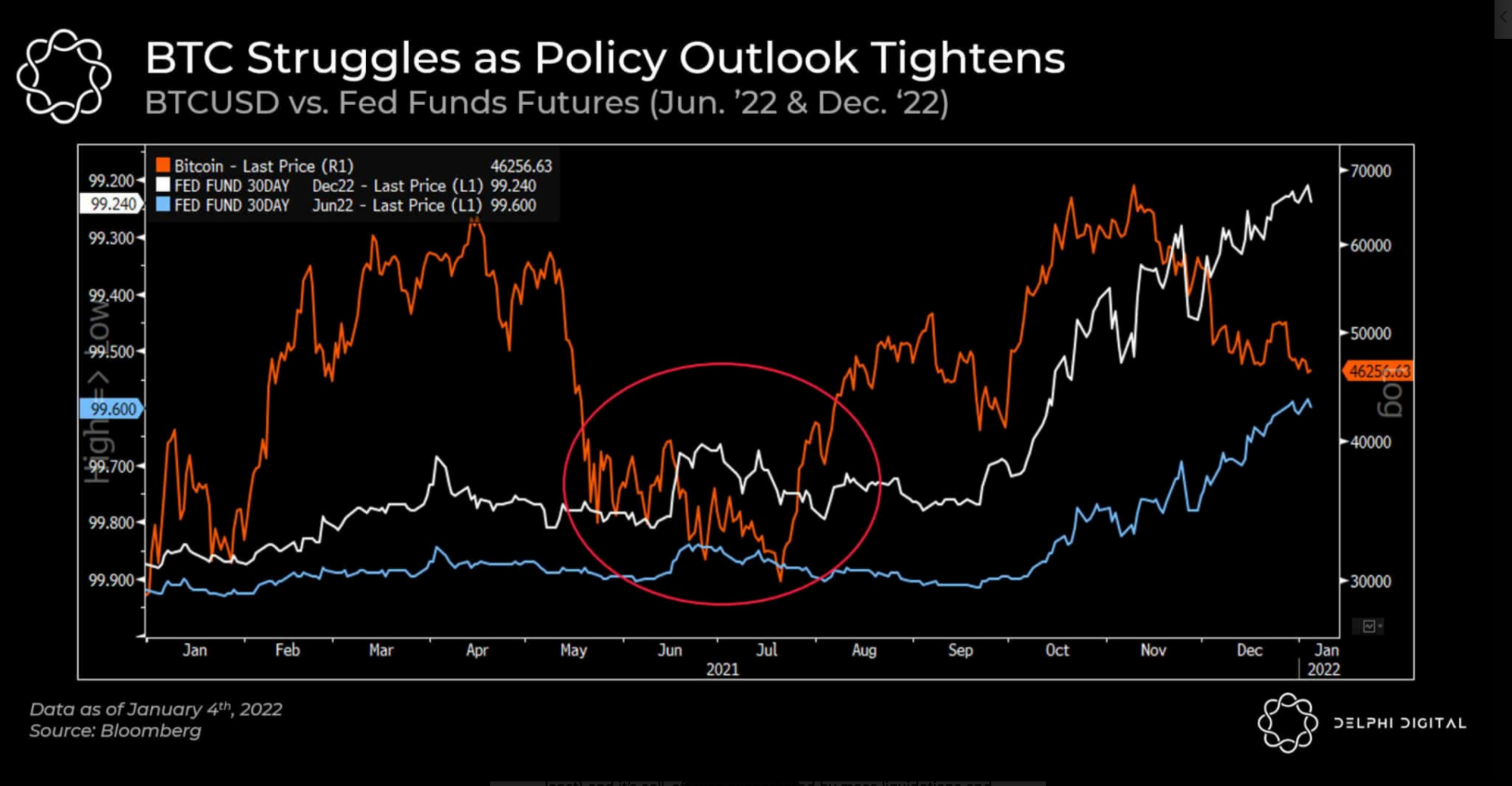 Adding to Bitcoin’s current woes is the lack of “institutional love” as traders reposition their equity portfolios, according to OANDA Senior Market Analyst Edward Moya.

“The bull case remains for Bitcoin, but it will be a much harder year as many traders will also focus on altcoins,” said Moya, in a note seen by Benzinga.

“It could get ugly for Bitcoin if the $45,000 level breaks, as buyers might await a test of the psychological $40,000 level before scaling back in.”

The ratio of young coins active in the last 6 months/circulating supply is an on-chain metric that suggests a Bitcoin bottom could be near.

“If this ratio gives a high reading it suggests retail greed but if it is low, it suggests the market is at retail capitulation,” GlobalBlock analyst Marcus Sotiriou wrote in a note. 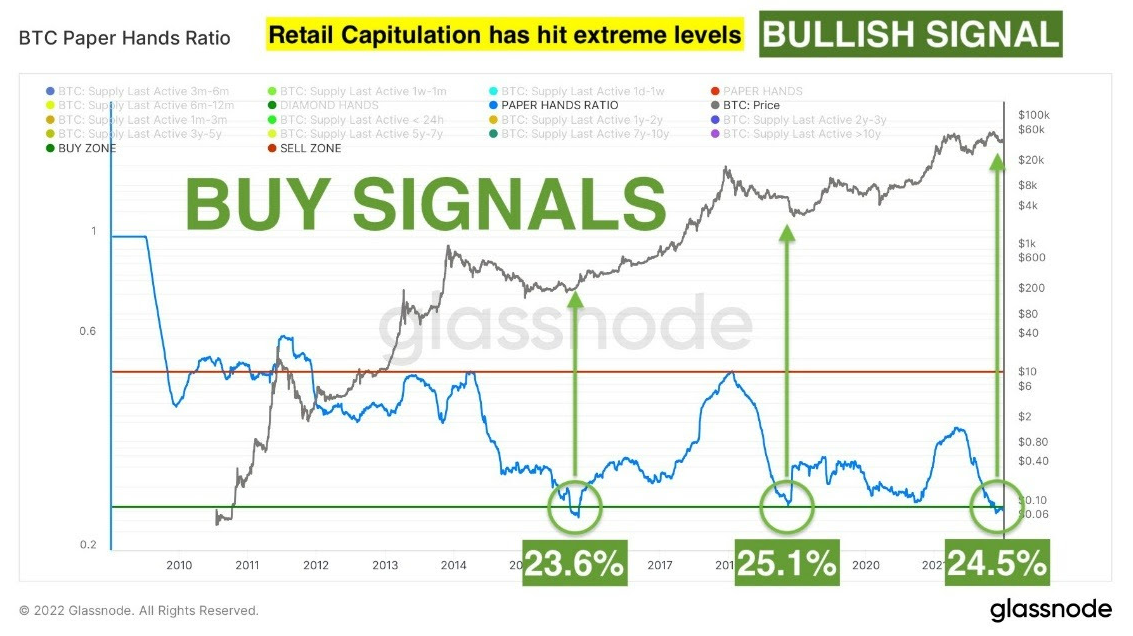 “We are at 24.5% currently, the lowest level since the 2015 bear market. Every time the ratio has reached around 25% previously, it has sparked a multi-year bull market with incredible gains, which indicates that this fearful period could be a great buying opportunity based on historical data,” said Sotiriou.

On Tuesday, on-chain metrics platform Santiment tweeted that Ethereum’s median fee per transaction has remained low, which is “allowing utility to rise without hesitance from cost-sensitive traders.”

#Ethereum is back above $3,760, and the median fee per $ETH transaction has remained low, allowing utility to rise without hesitance from cost-sensitive traders. Average gas in #GWEI per transaction has risen, however, so keep a close eye on this. https://t.co/eKxFmhcSvF pic.twitter.com/UVIvhc6uYu

Read Next: These 3 Cryptocurrencies Saw Higher Developer Activity On GitHub Than Ethereum In 2021: Santiment