The three top gainers over 24 hours were Decentraland (MANA), APENFT (NFT), and yearn.finance (YFI), according to CoinMarketCap data.

Why It Matters: Leveraged long traders were liquidated on downward price movements, according to Delphi Digital data.

Positions worth $850 million were liquidated on Wednesday, according to the independent research firm.

“The FOMC minutes were released at 2pm EST yesterday, which triggered the initial sell-off. As the day progressed and prices declined, larger sell-offs and liquidations ensued, exacerbating the drawdown,” wrote Delphi, in an emailed note.

Alternative’s “Fear & Greed Index” flashed “Extreme Fear” at press time. This is the lowest since July 2021 when Bitcoin touched the $30,000 levels. 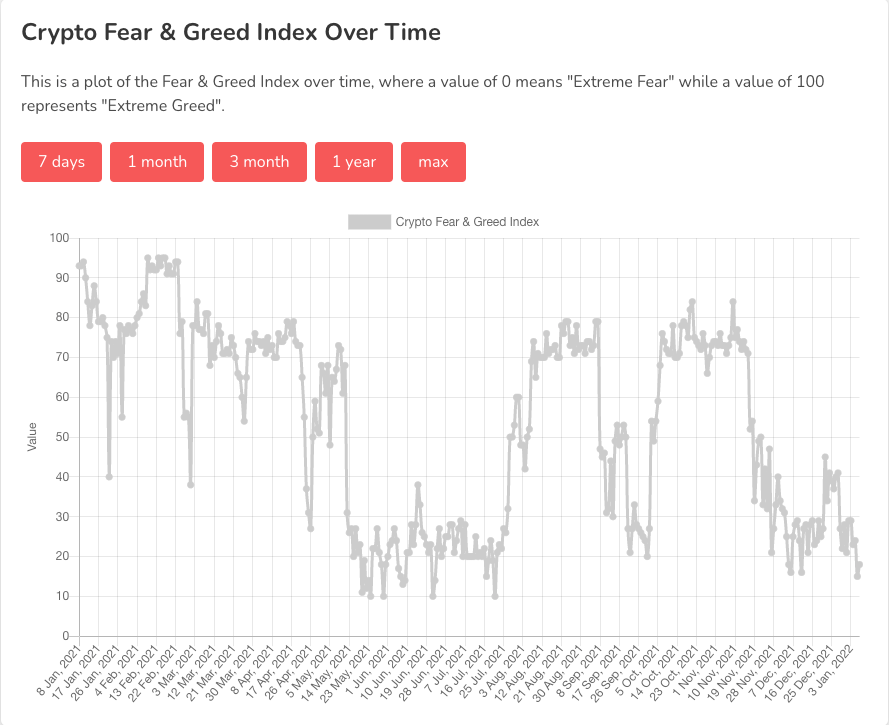 More pain could be in store for investors, according to analysts. On Thursday, Edward Moya, senior market analyst at OANDA said Bitcoin could drop below the $40,000 mark.

“Massive liquidations that totaled over $800 million could have Bitcoin on the ropes for one last major plunge before buyers will be willing to test the waters.  Bitcoin could see a plunge towards $37,000 before buyers emerge,” said Moya, in a note seen by Benzinga.

Pseudonymous analyst Kaleo tweeted that the “ugly truth” of the new cycle could be a massive drop in the value of “solid coins” over the next year or two.

The ugly truth everyone new this cycle will learn eventually over the next year or two is that even solid coins can lose >90% of their value in a bad market.

Plenty will lose another 90% on top of that. 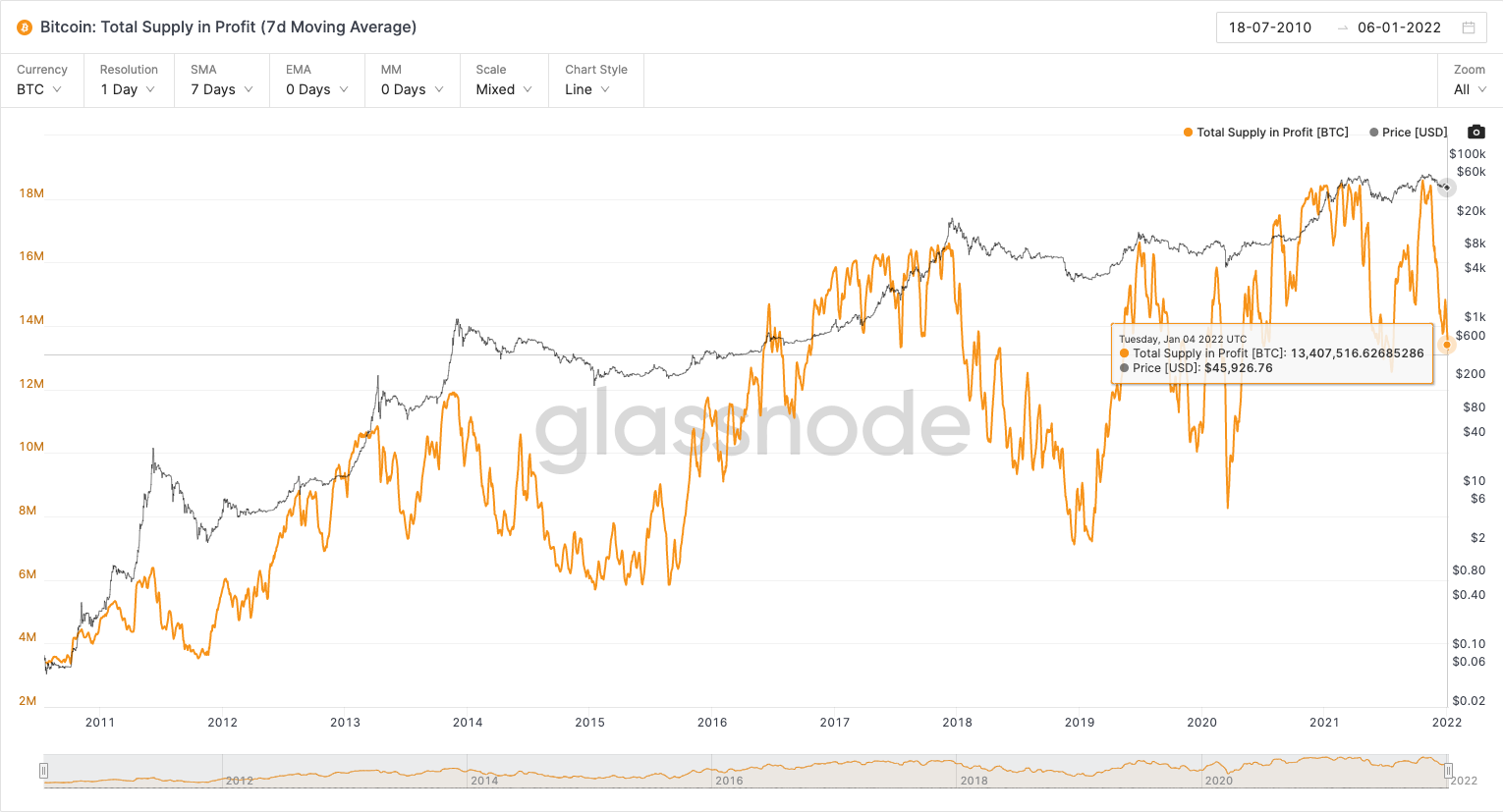 A bitcoin is considered to be in profit or loss if the current price is higher or lower than the price at the time it last moved.

#Ethereum has been trending south heavily, but actually hitting a massive area on the previous resistance at $3,320.