The top gainers over 24 hours were Chainlink (LINK), UNUS SED LEO (LEO), and Internet Computer (ICP), according to CoinMarketCap data.

Why It Matters: Economist and trader Alex Krüger said on Twitter in a thread on Sunday that the U.S. Federal Reserve, which had been adding $120 billion a month via Quantitative Easing since the “coronacrash,” would now need to conduct tapering at more than $50 billion a month.

Assuming tapering at $80 billion, the central bank will move from pumping an additional $120 billion into the economy to removing $200 billion a month. This would work to the detriment of cryptocurrencies since they are “the furthest end of the risk curve.”

12/ How does that matter for crypto?

Simple. Crypto assets are at the furthest end of the risk curve.

as money shifts away into safer asset classes.

Alternative’s “Fear & Greed Index” hit a level of 10 over the weekend, which is the lowest since 21 July 21. At press time, the index that tracks Fear and Greed over values of 0 to 100, flashed “Extreme Fear” and was seen at 23. 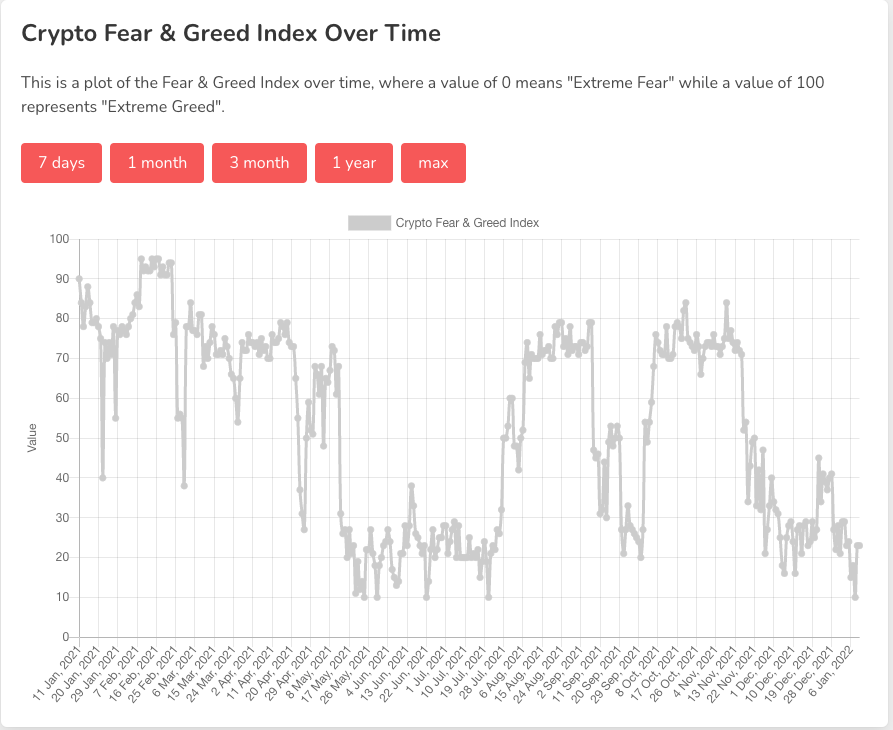 OANDA Senior Market Analyst Edward Moya said cryptocurrencies had a “terrible start to the year,” thanks to the “growing diversification into other products such as NFTs.”

“Bitcoin remains vulnerable to a breach of the $40,000 level and it could get ugly for Ether if it breaks the $3,000 level.  The long-term outlook is still bullish for both the top two cryptocurrencies, but the short-term is looking ugly,” noted the analyst, in an emailed note.

The percentage of Bitcoin unspent transaction outputs (UTXO) in profit (7-day moving average) has fallen to a 17-month low of 83.9%, according to Glassnode data. UTXO indicates the number of coins left over after executing a transaction; while higher percentages indicate market tops, lower values may signal bottoms. 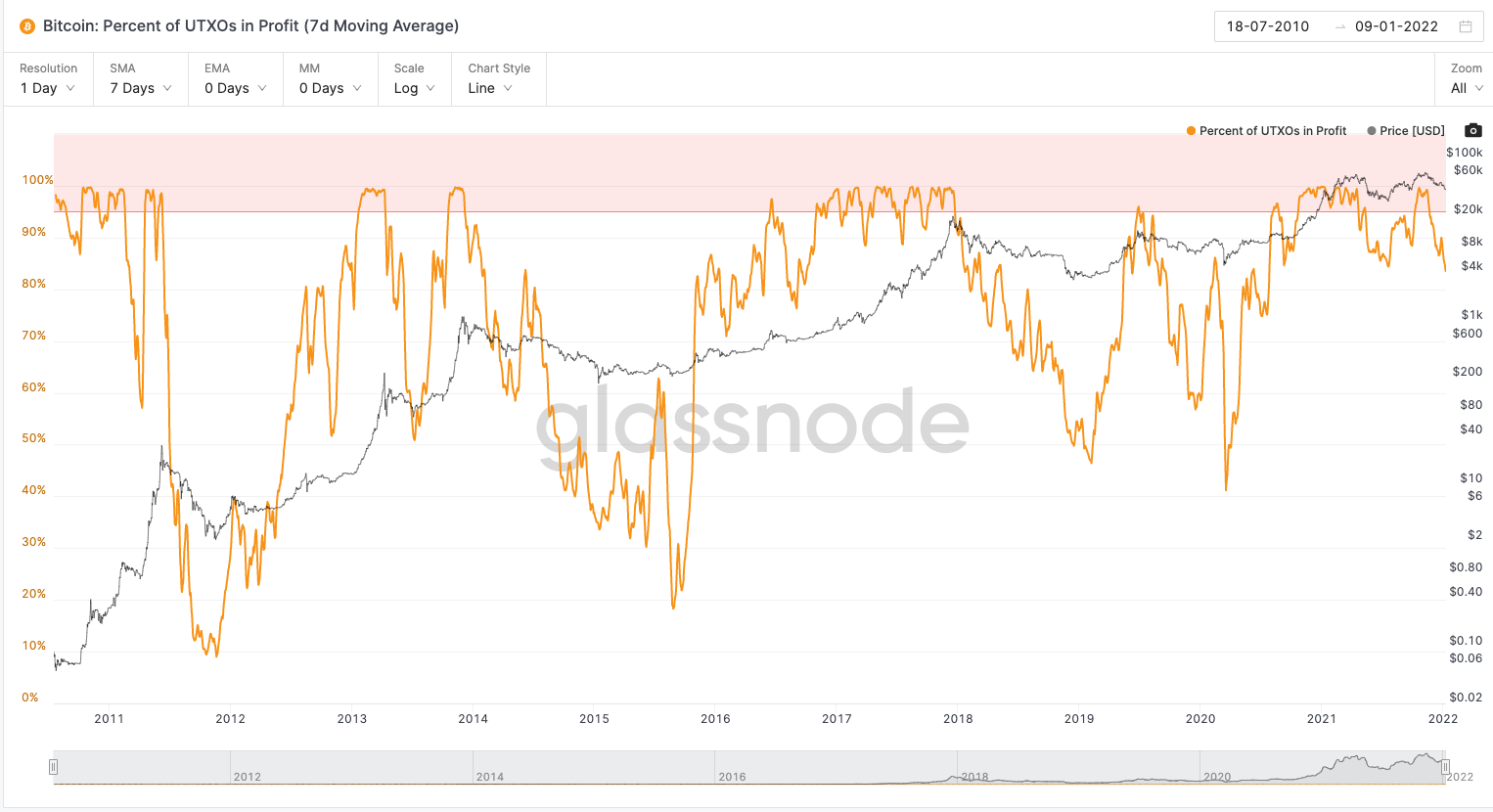 Meanwhile, Ethereum co-creator Vitalik Buterin’s comment that the project was not ready for mass adoption in its current form triggered the recent sharp downtrend in the coin, according to OANDA’s Moya.