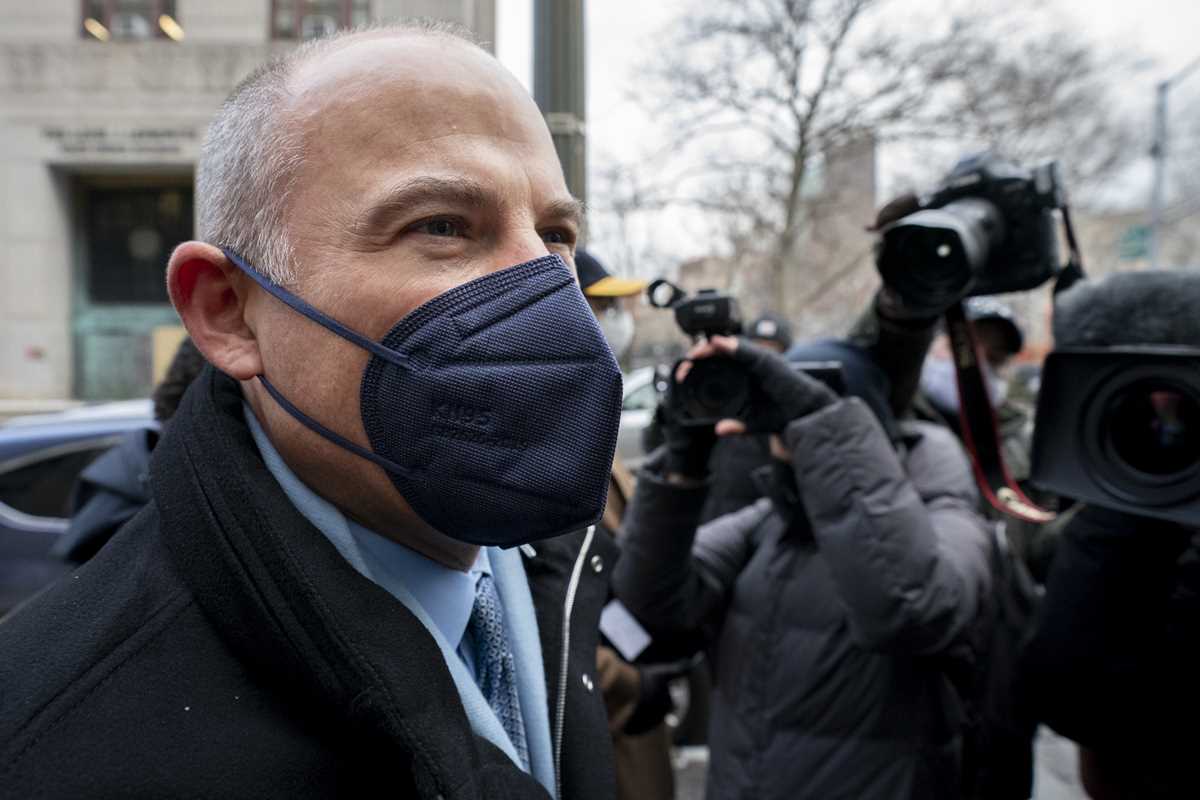 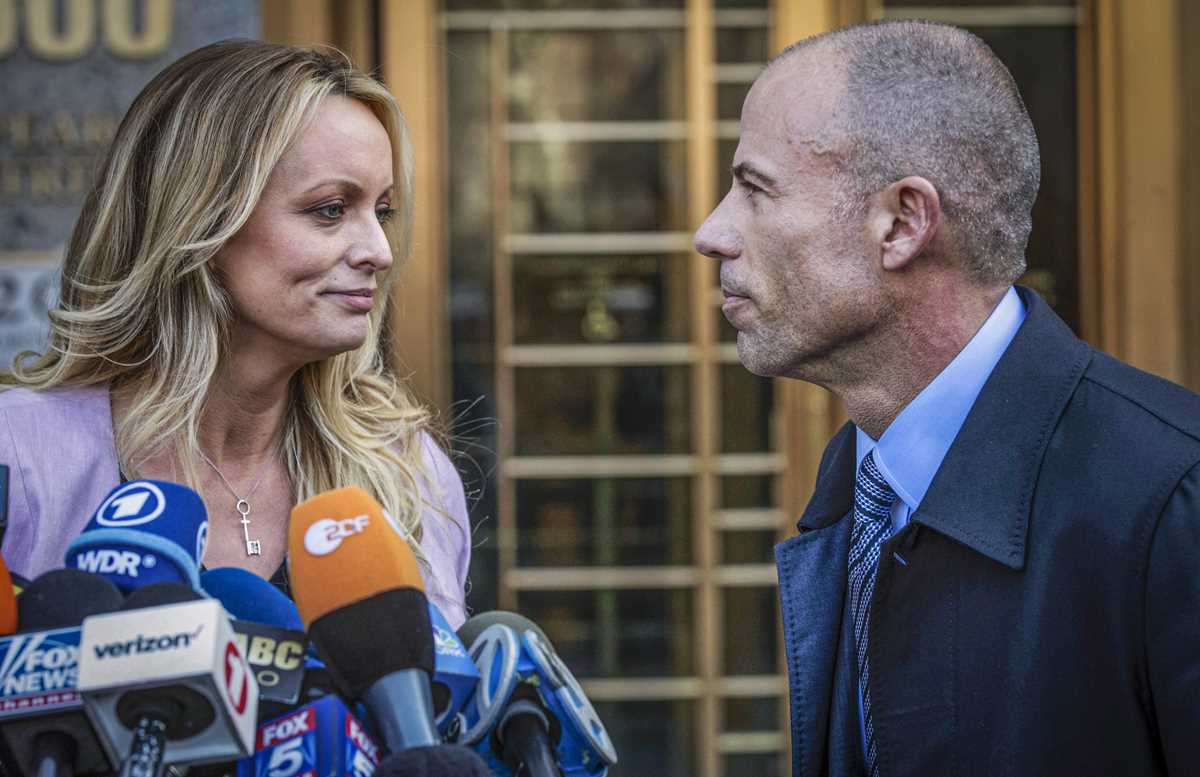 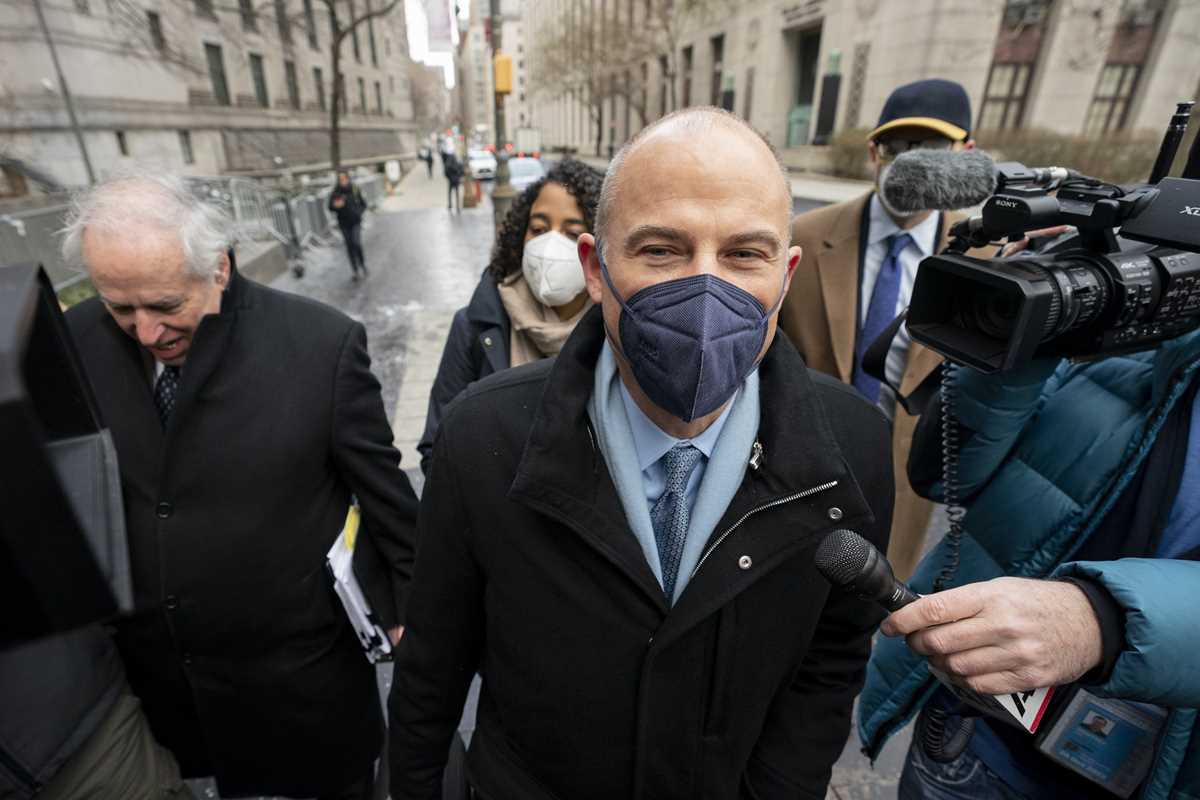 Avenatti has insisted he is innocent of wire fraud and aggravated identify theft charges and his lawyers say he is likely to testify during the trial in Manhattan federal court. Daniels, a prosecutor said, was not expected to testify until Wednesday.

“This is a case about a lawyer who stole from his client, a lawyer who lied to cover up his scheme. That lawyer is the defendant Michael Avenatti,” Rohrbach said as he pointed at the 50-year-old on trial.

Defense attorney Andrew Dalack said his client didn’t steal any money and had a fee agreement to share any money from the book deal.

“This has no business in federal criminal court,” Dalack said, contending it was a fee dispute between a lawyer and his client. “And Mr. Avenatti is not guilty.”

Dalack said Avenatti had “transformed a rather obscure adult entertainer into a household name” and loaned her hundreds of thousands of dollars only to be faced with false accusations from her.

But he said that was not uncommon for Daniels, who “turned on the people closest to her” when she didn’t get her way and, in Dalack’s estimation, wanted “all the benefits of zealous, fierce and loyal representation without having to pay for it.”

Rohrbach said the $800,000 advance owed to Daniels for “Full Disclosure,” published in fall 2018, was paid in four installments. The initial payment went to Daniels before Avenatti diverted two other payments to himself, spending some money on airfare, food and payroll for his struggling business, the prosecutor said.

Rohrbach said Avenatti also had raised about $600,000 from the public toward legal bills for Daniels, a point raised to counteract a defense argument that a token $100 Daniels was required to pay Avenatti was made with the understanding that he would share in proceeds of other ventures.

Rohrbach cautioned jurors that Daniels, whose real name is Stephanie Clifford, notoriety as an entertainer who had performed in adult films and on a show about paranormal activity should have no bearing.

“This case is not about her job, what she does for money,” he said. “It’s about a fraud that’s been committed.”

The trial’s first witness, literary agent Luke Janklow, testified that he had once viewed Avenatti as a “folk hero” for being aggressive in his television appearances about fighting for those who opposed Trump.

He acknowledged that he had referred to Daniels as “impossible,” but quickly added “as I do with many of my clients.”

“As impulsive and impetuous as she is, she’s not as bad as some of my other clients,” he later added.

A prosecutor elicited from Janklow that he discussed a book deal for Avenatti when he met him in March 2018, and eventually secured a deal that paid a $2 million advance, although only about a half-million dollars was paid. The revelation seemed aimed at showing that Avenatti wasn’t just looking out for his client in book deal talks.

On cross-examination, Janklow said he “liked him and believed in what he was doing,” although communications between the men showed that he became increasingly frustrated as Avenatti insisted he not communicate with Daniels, who kept demanding to know where her money was.

Seated among spectators at the trial was Michael Cohen, Trump’s former personal lawyer who — days before the presidential election in 2016 — helped to arrange a $130,000 payment to Daniels to prevent her from talking publicly about her claims to a sexual encounter with Trump a decade earlier.

Cohen served a year in prison of a three-year sentence imposed after he pleaded guilty in 2018 to lying to Congress and campaign finance crimes, among other charges. Daniels has since made up with Cohen, even appearing on his podcast, but Avenatti appeared to lob an insult at Cohen as he filed in.

Avenatti was sentenced to 2 1/2 years in prison last year after being convicted of trying to extort up to $25 million from sportswear giant Nike. He has not yet begun serving the sentence. He is also awaiting retrial in a California case — on charges that he cheated clients of millions of dollars — after a mistrial last year.