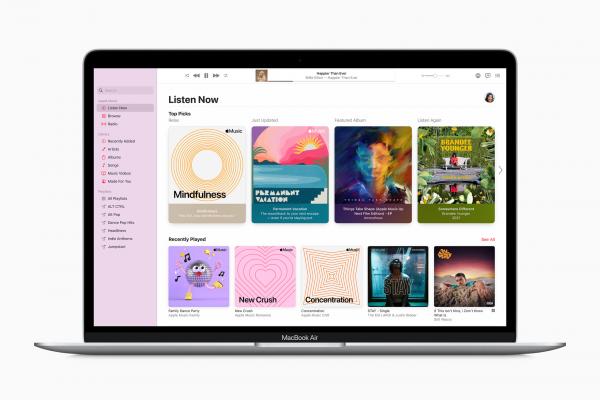 Apple, Inc.’s (NASDAQ: AAPL) services business is a vital cog in the tech giant’s wheel, and the company is providing an update on how the segment fared in 2021.

The Apple executive noted that Apple, with over 745 million paid subscriptions, continues to connect the world’s developers, artists, and storytellers with users across more than a billion devices.

Last January, the tech giant reported that developers had earned more than $200 billion since the App Store’s launch, which indicates developers earned $60 billion in 2021. This significant number sets a new yearly record for App Store developer earnings, the company noted.

Apple says that in 2022, players can look forward to the release of new games, including “Nickelodeon Extreme Tennis,” and enjoy new content updates added weekly.

Related Link: Apple Analyst Explains Why Cupertino Is Tracking Ahead Of Expectations In December Quarter

Apple TV+: Apple said Apple TV+ subscribers will be able to enjoy even more highly anticipated Apple Originals in 2022. All Apple Original series and films are available on the Apple TV app, accessible from over a billion devices, including popular smart TVs.

The next generation Apple TV 4K, which launched last spring with the Siri Remote, is available in 24 countries and regions, including Belgium, Hong Kong, and Russia.

Apple News: Apple News continues to be the number one news app in all markets where it is available. In 2021, Apple News launched local news experiences in six additional cities.

Apple Podcasts: In 2021, Apple launched the Apple Podcasts Subscriptions, providing listeners with the ability to subscribe to shows and channels instantly while supporting their favorite creators.

Apple Pay: Apple Pay expanded to nine new markets in 2021, including Colombia, Israel, and Mexico. This service is now available in nearly 60 countries and regions, and works with nearly 9,000 bank partners worldwide.

Apple Wallet, an easy-to-use and secure digital wallet, helped customers access important information about their health in 2021, with the ability to add and view verifiable COVID-19 vaccination cards, and in Australia, health insurance cards, Apple said.

In 2021, customers used 30 million NFC tickets (technology for stadium entry) in the Apple Wallet for events across music, sports, and theater across the U.S. and Canada. The ability for customers to simply tap their iPhone or Apple Watch to pay and ride transit is now available in more than 200 cities across the globe after recently debuting in China, Russia, and Sweden. The feature is also available in San Francisco with the Clipper card.