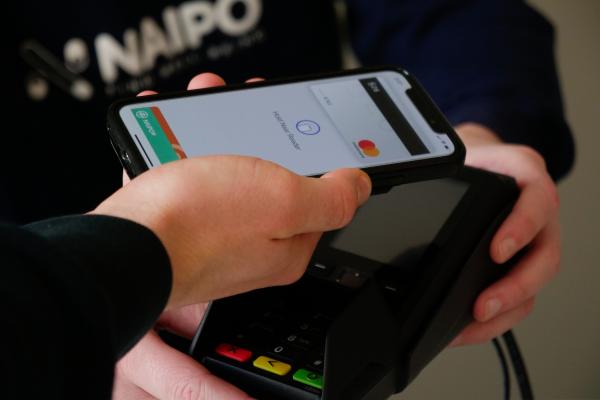 Tech giant Apple, Inc. (NASDAQ: AAPL) has a finger in every pie, but one sector in which it hasn’t made much headway is financial management, according to Bloomberg columnist Mark Gurman.

That said, Apple does have the wherewithal to turn the iPhone and its ecosystem into an “ultimate financial management tool,” the tech reporter said.

On the financial management front, the company has had a modest beginning with the launch of its Apple Pay in 2014 and the Apple Card in 2019, Gurman noted.

Gurman suggests that Apple should start by launching its credit card outside the U.S. Secondly, he looks for a higher-tier Apple Card+ with better rewards to take on American Express Company (NYSE: AXP) Platinum and JPMorgan Chase & Co. (NYSE: JPM) Sapphire Reserve.

For the Apple Card, Gurman recommends that the company works on its backend with Goldman Sachs Group, Inc. (NYSE: GS) to ensure its consumers get proper credit limits and aren’t rejected for arbitrary reasons. He also calls upon Apple to increase its reward program to a more valuable offer from the current 1%-3% cashback.

Fourthly, Apple should pivot its Apple Cash Card into a true debit card alternative and allow its use outside of Apple Pay, Gurman said.

The company should also be making its own digital-first checking and savings accounts for consumers, the tech writer suggested.

Gurman said Apple should consider helping people invest their digitally-stored money. The company can partner with Morgan Stanley’s (NYSE: MS) E*Trade or Fidelity to help users manage and track investments inside the app.

Another thing Apple could consider is automatically investing the cash back from Apple purchases and launching an investing feature to take on Acorns and the future plans of Robinhood Markets, Inc. (NASDAQ: HOOD), Gurman said.