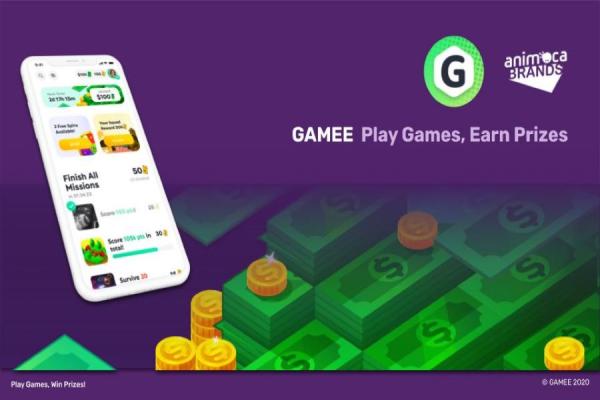 A Hong Kong company called Animoca Brands Corp. Ltd. has become the latest hot ticket for super-speculators, carving a niche for itself on recent crazes involving online gaming, non-fungible tokens (NFTs) and the metaverse. You name it, this company has added all the latest buzzwords to its portfolio.

That buzz has helped it to attract both mom-and-pop investors as well as big institutions, as the company tries to decide if it’s a venture-style startup, or a publicly-listed company.

We’ll return shortly to that broader and important issue of who exactly is backing this company. But first we’ll delve into the latest headlines, which have Animoca announcing it has just raised a fresh sum of about $360 million that values it at $5.4 billion. The round was led by New York-based Liberty City Investors, and includes big names likes Gobi Partners, L2 Capital, Mirae Asset and Sequoia China, among many others.

The latest valuation makes the company worth far more than many of the similarly speculative companies we cover, including crypto miners BIT Mining (NYSE:BTCM) and The9 at $234 million and $108 million, respectively, and mining machine maker Canaan Inc. (NASDAQ:CAN) at a larger $865 million. Of course, these companies were all worth far more at this time last year. But that’s the way it goes with this kind of flavor-of-the-month speculative play: easy come and easy go.

The sum of Animoca’s latest fundraising certainly isn’t small. But the long list of investors also suggests that most of these firms are putting up relatively small amounts, probably $5 million or less. That would certainly sync with our earlier premise that this company is trying to decide whether it’s a startup or a more-mature company that belongs on a stock exchange.

Before moving on with the discussion of Animoca’s fundraising history, we should first say what the company does exactly. It’s led by Yat Siu, a businessman in his late 40s who co-founded the company around eight years ago in Hong Kong. It began as a mobile games developer, but more recently is positioning itself as a gamer-focused digital property rights manager to capitalize on NFTs that are quickly overtaking cryptocurrencies as the virtual hot property of the moment.

NFTs are cyber assets that can be used to represent items like artworks and real estate, employing blockchain technology to give them unique identification codes. They have become a hot property these days among speculators looking to make some quick bucks.

One such speculator among Animoca’s investors is Justin Sun, the self-made crypto magnate who made headlines in 2019 when he placed the winning $4.6 million bid in the annual auction for a chance to have lunch with celebrity investor Warren Buffett. Seeking to put itself at the center of the buzzword universe, Animoca describes itself as “driving digital property rights via NFTs and gaming to build the open metaverse.”

With all those buzzwords and other hype as background, it’s not difficult to understand why Animoca’s value has exploded over the past year – much the way bitcoin was all the rage earlier.

The company previously raised around $200 million in three funding rounds last year, which saw its valuation rise from $1 billion in July to $2.2 billion in October, according to a nicely written article in CrunchBase, which seems to have good connections with Siu and is well worth the read for anyone wanting to know more about this company. Thus, the latest valuation represents yet another more-than-doubling from last October, in all the signs of a classic bubble.

The bitcoin companies we mentioned earlier all moved on a similar trajectory around this time last year, going from relatively small players to companies worth more than $1 billion, before falling back to their current levels.

BIT Mining is typical of that group, transforming from its previous scope of selling online lottery tickets to a new business of crypto mining in late 2020. Its shares shot up as high as $26 last February, briefly making it a unicorn with a market value of nearly $2 billion. But these days, it’s worth far less, as crypto miners have faced numerous challenges, including a ban on their activity in China and recent civil unrest in the popular mining nation of Kazakhstan.

Of course, Animoca differs from the crypto companies in that it’s not publicly traded. Or not exactly.

In fact, the company has a slightly complicated history with stock exchanges. It was previously listed on Australia’s main stock exchange, but was then abruptly delisted in March 2020 for noncompliance. At that time, the company put out an announcement describing itself as becoming an “unlisted public company,” and TechCrunch quoted Siu as saying the exchange took the action because “it didn’t like the fact that we were dealing with crypto.”

The situation may be similar to what happened to Luckin Coffee, which was kicked off the Nasdaq not long after it was exposed for fabricating massive amounts of non-existent sales in 2020. Luckin’s shares still trade over-the-counter in New York, and a recent media report indicated the company was considering applying to re-list on the Nasdaq’s main board after cleaning up its act.

So, does Animoca have similar plans?

The company addressed that issue at the time it was booted from Australia: “This is difficult to say at this time, but it is something the board of directors and management are working on and hope to complete as soon as possible,” it said of a possible re-listing. Perhaps in a sign of nostalgia for its days as a listed company, Animoca still uses Melbourne as the dateline for all its announcements, including the latest funding announcement, even though it’s based in Hong Kong.

As to if and when the company will float up on a major stock exchange anytime soon, the recent funding frenzy certainly seems to signal that’s a strong possibility. If and when that happens, our bets would be on the U.S. as the most likely listing ground, since many of its backers are based there. What’s more, the U.S. seems like the most receptive to this kind of highly speculative company than more conservative destinations like Hong Kong and Singapore.