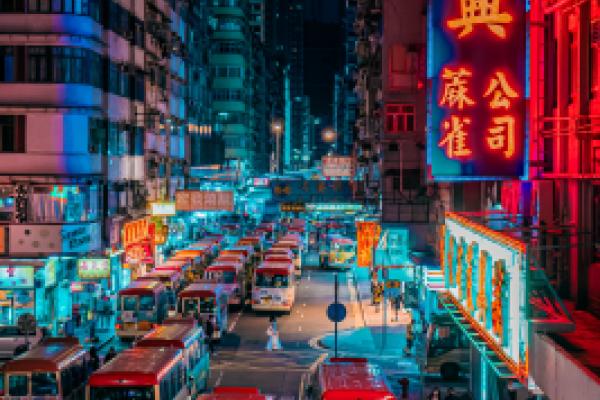 Why Is It Moving? The Hang Seng Index fell from a nearly two-month high and was down 0.8% at the time of writing, tracking the overnight losses on Wall Street as the tech-heavy Nasdaq Index fell into correction territory.

Worries about the possible expansion of China’s regulatory crackdown on tech companies also weighed on the market.

China will curb the influence of technology companies and eliminate corruption linked to the “disorderly expansion” of capital, as per a communique by the Chinese Communist Party’s top anti-graft group on Thursday following a plenary session.

Other Factors Impacting The Stocks: Tencent was China’s most valuable private company in 2021 with a valuation of $609 billion, while Alibaba dropped to the third place, it was reported on Thursday, citing the Harun Report.

Embattled cruise operator Genting Hong Kong Ltd. — which filed an application on Wednesday to wind up the company — is continuing to sell tickets for its cruises from Hong Kong and Singapore, Bloomberg reported. Genting has said it will continue the operations of cruise lines by Dream Cruises Holding Limited in order to “preserve and protect the core assets” and maintain the value of the Group.

Elsewhere: Shares of Chinese companies, including electric vehicle maker Nio Inc. (NYSE: NIO) closed mostly higher in U.S. trading on Thursday even as the major averages in the U.S. ended lower for the third straight day.

Read Next: Nio Is Getting Immense Publicity In China Over Norway Swap Station Launch — But Not Exactly How It Would Have Wanted