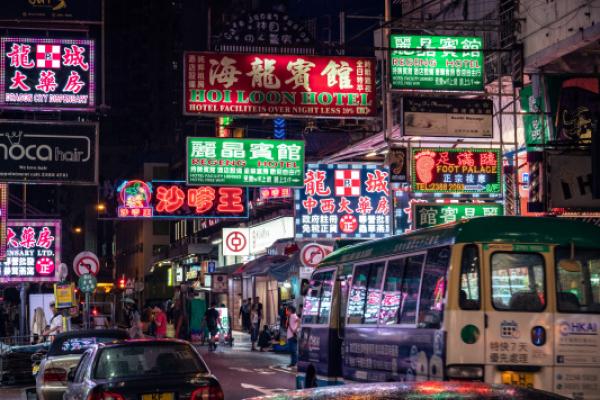 What’s Moving: Shares of Alibaba, Xpeng, Baidu and JD.Com traded higher in a range of 1% to 3%.

Shares of Tencent, the owner of the WeChat messaging app, fell almost 1% amid concerns about further regulations on the technology industry.

The Cyberspace Administration of China (CAC) has issued draft regulations requiring app developers that have the ability to influence public opinion to undergo a security review, CNBC reported.

Hong Kong’s benchmark Hang Seng Index opened lower on Thursday and was down 0.3% at the time of writing. The index closed 1.6% lower on Wednesday.

Why Is It Moving? The Hang Seng Index extended losses after Hong Kong announced tightened restrictions to combat the surging COVID-19 cases in the city.

Shares of Chinese companies closed mostly lower in U.S. trading on Wednesday after the major averages in the U.S. ended sharply lower on concerns that the Federal Reserve could raise interest rates sooner than anticipated.

Read Next: Why The Stock Market Dropped Following Fed Minutes