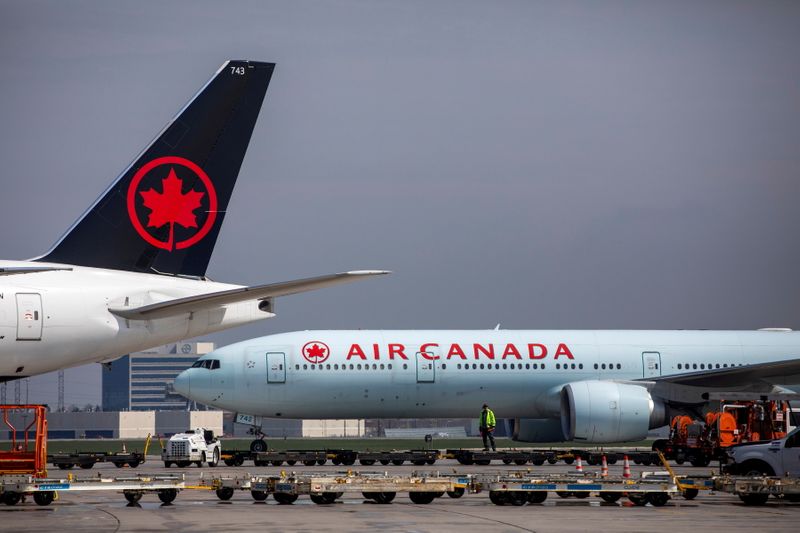 MONTREAL (Reuters) -Canada’s largest carrier Air Canada said on Tuesday it has all the qualified pilots it needs to meet higher travel demand with the planned return of U.S. tourists to the country.

Canada on Monday said it would allow fully vaccinated U.S. tourists to enter the country starting from Aug. 9, after the COVID-19 pandemic forced an unprecedented 16-month ban.

A rapid return in traffic can create staffing headaches for carriers which cancelled thousands of flights during the COVID-19 pandemic when demand plummeted.

Some U.S. airlines scrambled to re-train pilots whose flying credentials expired during the pandemic as the carriers raced to meet a surge in summer travel demand. American Airlines (NASDAQ:), for example, trimmed its July flying due to overall labor shortages.

Air Canada has 600, or around 15% of an estimated 4,000 pilots on furlough, according to the Air Canada Pilots Association.

Montreal-based Air Canada said by email the carrier took steps during the pandemic to keep pilots in the air, such as by having three pilots instead of two on some flights.

“We have all the fully qualified pilots we require as travel ramps back up,” an Air Canada spokesperson said.

Montreal-based CAE has seen higher demand for its simulator services, with its pilot-training centers now operating at around 60% of capacity in the United States, a spokeswoman said.

Air Canada’s smaller rival WestJet Airlines said it continues to recall professionals, “who in many cases have been furloughed for many months.”

WestJet also said it is not actively “pursuing financial support” from the Canadian government, despite holding earlier talks.

Air Canada (AC.TO) reached a deal in April for a government aid package.