Shares of Activision Blizzard, Inc. (NASDA:ATVI) spiked about 26% on Tuesday after the company agreed to be acquired by Microsoft Corporation (NASDAQ: MSFT), but the interesting thing is that ATVI shares didn’t climb higher. As monopoly scholar Matt Stoller noted, after the spike, ATVI shares were still well below Microsoft’s $95 per share offering price.

Often after a deal like this is announced, the company to be acquired will trade within a dollar or so of the acquisition price, as investors tend to assume the deal is almost certain to go through. This time, the stock market appears to be less certain.

Similarly, after an acquisition is announced, the cost of hedging the company to be acquired is often quite low, again for the same reason: investors tend to assume the deal will go through. That wasn’t the case for Activision on Tuesday though. 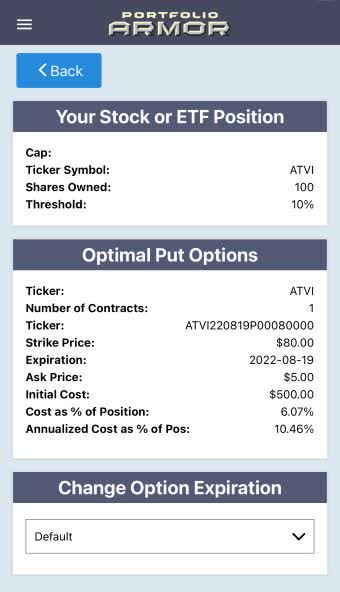 The cost of hedging it against a greater-than-10% decline with optimal, or least expensive, puts out to August was 6.07% of position value.

And hedging ATVI with an optimal collar capped at its announced acquisition price didn’t lower that cost significantly. 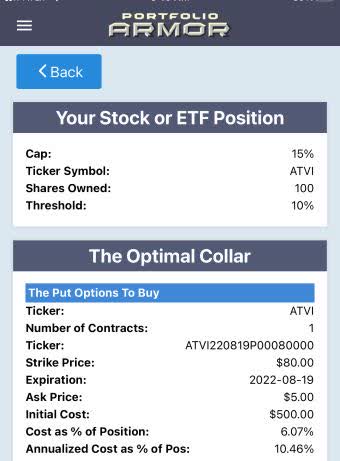 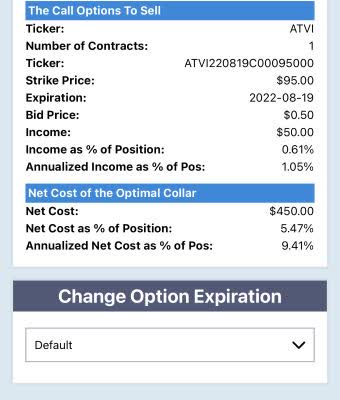 The net cost of that collar was still 5.47% of position value.

Why The Market Uncertainty?

One reason is that the Federal Trade Commission is now run by Lina Khan, who has a track record as an anti-monopoly legal scholar. Another reason for the uncertainty is the sheer size of the deal. As Bloomberg noted, at $69 billion, it’s larger than the five next largest acquisitions by Microsoft combined. 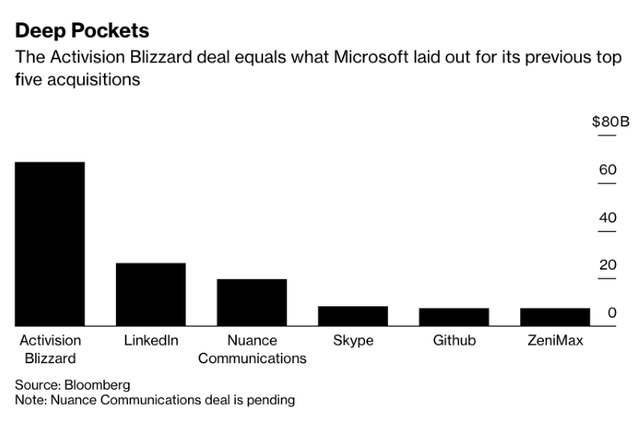 Finally, antitrust sentiment now has a bipartisan basis. Stoller shared the most recent example of this trend on Wednesday.

If The Deal Doesn’t Get Approved

It will be interesting to see what happens. Activision will presumably be looking for a new CEO: part of the reason Microsoft targeted the company was because its CEO has been in hot water over sexual harassment allegations.

As for Microsoft, it will have to think of something to do with its large and growing pile of cash. Maybe it can give more to its shareholders? Its current annual dividend yield is under 1%.