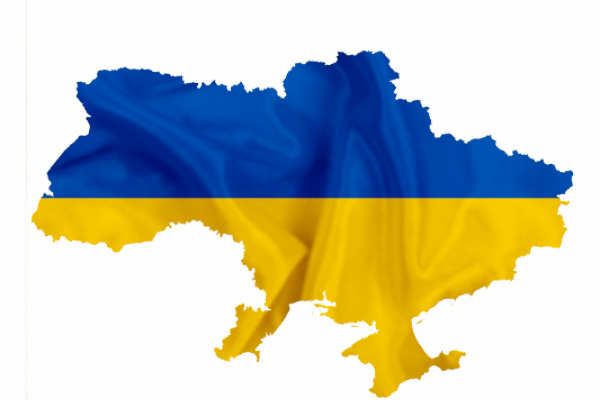 Valentyna Zakharchuk is a Ukrainian citizen who will provide daily on-the-ground updates of the Russian invasion for Benzinga.

Khrystyna, a resident of Mariupol, shared her experience with me:

Yesterday we left Mariupol at our own peril and were at risk under shelling. We spent the night in a field in the grey zone, we did not have time before curfew. It was cold outside. Thank God, we are alive. We are alive to scream that everyone who stayed in Mariupol needs help! This is not a hero city, this is a city of fear, death and horror.

We did not have a humanitarian convoy, no one took us out, we ran after the cars under fire, united in columns, glued the inscription on the cars: “Children!” I personally put my own son in the car to the sound of a shell flying into a neighboring yard. No one saved us, we saved ourselves and God.

There is no communication, water, gas and ambulances in the city. People with severed limbs bleed in the yards and there is no one to help them. These are peaceful people — our friends and relatives. Those who died on the spot are simply sprinkled with earth, and then their relatives cannot find them.

Most often this happens during searches for water, queues or while cooking soup on a fire.

Yes, we collected snow, heated it on a fire and cooked pasta. My family was in the shelter of gymnasium No. 2. Three days ago a shell flew there, knocked out some of the windows and a woman was wounded in the thigh by shrapnel. She lay all night on the first floor of the gymnasium and begged for poison so as not to experience pain.

There was no one to take her to the hospital. Every day and every night there is shelling, whistles, trembling walls and horror: “Where will it fly?”

The surviving part of the third city hospital works heroically: they operate, they save. This woman was taken away by the Red Cross a day later. God forbid that everything would be fine with her. Two shells flew into my entrance, two into my yard and a man’s leg was torn off by the same shell.

My mother Angela and three brothers Roman, 16; Vasylii, 11; and Vladyslav, 9, stayed in the city center, on the fifth floor of the house. My mother-in-law Liubov and father-in-law Anatolii were on the ninth floor. This house is completely riddled with fragments.

There are almost no shelters in the city and there are not enough of them. There are no bunkers with ventilation and at best basement floors. In my mother’s house there is none. People need to be taken out: women, children, old people. Give buses, a green corridor and make an agreement!

I pray for loved ones, for every Mariupol citizen and Ukrainian soldier. The enemy came to us and left us no choice, but there is nothing more valuable than human life. This must end!

There is no food, no medicine, if there is no snow with such urban battles, people will not be able to go out for water. People have not had water for a long time. Pharmacies, grocery stores — everything is either looted or burned. The dead are not taken out, the police recommend the relatives of those who died of natural causes to open the windows and put the corpses on the balcony, and then take them to the Prayer House.

I know you think you understand what’s going on. But you’ll never understand it if you haven’t been there. Now I hear the sound of a siren, and I’m not afraid, because there was no electricity in Mariupol for 16 days, and when the planes dropped bombs on us, we could not even know about it.

Everyone please stop this! I do not know what will happen next, but I pray that this does not happen again in any of the cities of Ukraine and the world.

A woman who gave birth to a child in a hospital where a shell landed; with a pregnant woman who died in the same hospital, who did not have time to give birth; with a mother trembling with fear, covering her son in the corridor of each entrance to the sound of trembling windows, walls and flying shells; with an old man left without a chance of survival; with wounded civilians dying in street fighting. With no one!

They show you how houses burn, but they don’t show you how people burn. Do I need to burn myself for you to believe that this should not continue?! I’m begging you, stop this! And let your heart choose life!

Everything has changed! Nothing matters now, nothing is worth it, if only everyone who remained in Mariupol hell would not tremble with fear and horror.

I pray for the people of Mariupol!